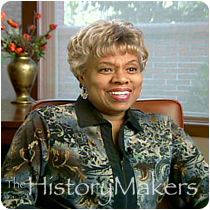 Poet and educator Mona Lake Jones (known to many as “Grandhoney”) was born on August 30, 1939 in Mason City, now Grand Coulee, Washington. The daughter of Pauline Sims Lake and Sylvester James Lake, Jones grew up in Spokane, Washington where she attended McKinley Elementary School, Libby Junior High School and graduated from Lewis and Clark High School in 1957. There, she was a drum majorette who enjoyed music and poetry. Attending Washington State University on a music scholarship, Jones was the only black woman on campus for an entire semester. She graduated with her B.S. degree in education in 1961. Jones later attended the University of Washington and earned her Ed.D. degree in education from Seattle University in 1991.

Moving to Seattle, Washington, Jones taught in Seattle Public Schools, area colleges and was a leader in Mt. Zion Baptist Church’s Ethnic School, a Saturday school to unite children around common themes of heritage, assertiveness and academics. Jones has served as president of the Washington State Community College Black Educators, as National Vice-President of the Council of Black American Affairs and was president of the Black Child Development Institute from 1995 to 1997. She was also Director of Public Relations for Seattle Community Colleges.

Jones’ first poem was published in Essence magazine in 1990 and that led her to write The Color of Culture, now in its seventh printing, and two sequels, The Color of Culture II and The Color of Culture III. She also authored Unleashing the Power of a Sister. Her 1992 poem, “A Roomful of Sisters” was commissioned by 100 Black Women of Boston, a national civic group, and exhibited at the Museum of Fine Arts in Boston. The poem inspired a painting by Paul Goodnight, a number of conferences and a yearly New York meeting called ARFOS. Jones has served as a poet curator and a poet laureate for the City of Seattle and King County. She is a full-time poet and motivational speaker, spending much of her time on the road, speaking at colleges, conventions and to civic groups about issues of culture and diversity. Jones has appeared on programs with Oprah Winfrey, Danny Glover, Susan Taylor, Maxine Waters, Shirley Chisholm, Myrlie Evers-Williams and Randall Robinson. Jones also composed the lyrics for Vanessa Williams’ musical recording of “Open Your Eyes, You Can Fly”. Jones has received numerous awards, including the Blackbird Literary Award and the Langston Hughes Award.

Jones was interviewed by The HistoryMakers on October 28, 2007.

See how Mona Lake Jones is related to other HistoryMakers
Donate Now
Click Here To Explore The Archive Today!