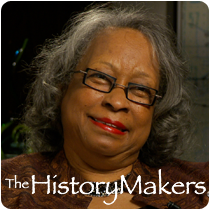 "Have Others Do Unto You."

Newspaper CEO and publisher Mollie Finch-Belt was born on August 7, 1943 in Dallas, Texas. Finch-Belt’s mother, Mildred, was a mathematics instructor; her father, Fred J. Finch, Jr., founded the Dallas Examiner in 1986. But after publishing only one issue, Belt’s mother and father were murdered in their home. In 1961, Finch-Belt graduated from Lincoln High School in Dallas, Texas. After briefly attending Spelman College, she enrolled at the University of Denver where she graduated with her B.A. degree in sociology and psychology in 1965.

Upon graduation, Finch-Belt began working as an employment counselor for the Texas Employment Commission. She then held positions in the Harris County Manpower Program and for City of Dallas where she administered the Title IV program. Between 1977 and 1997, Finch-Belt was a branch chief in the Civil Rights Compliance Department for the U.S. Department of Health and Human Services. In 1997, Finch-Belt and her husband, attorney James C. Belt, Jr., invested their personal resources to revitalize the Dallas Examiner. In 1998, with a grant from AT&T, she started Future Speak, a publication aimed at developing young minority journalists. Finch-Belt has also used the Dallas Examiner to increase HIV/AIDS awareness and prevention by publishing numerous articles and supplements, including “PROBE,”  “Battling AIDS in Our Community” (2003) and “Innocence Lost” (2004). Finch-Belt also hosted public programs such as an HIV/AIDS town hall meeting at the Inspiring Body of Christ Church in Dallas, Texas. She also co-hosted the Youth Angle luncheon on World AIDS Day with Paul Quinn College. Since assuming editorial responsibilities of the Dallas Examiner, Finch-Belt has continued her father’s dream of providing the Dallas African American community with its own news service.

Mollie Finch-Belt was interviewed by The HistoryMakers on January 29, 2013.