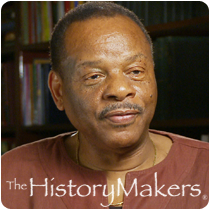 "It Is Not Enough To Know, One Must Act To Humanize The World."

Professor, founder, and author Molefi Kete Asante was born on August 14, 1942 in Valdosta, Georgia to Arthur Lee and Lillie B. Wilkson-Smith. He is the fourth of sixteen children. At the age of eleven, Asante attended Nashville Christian Institute, a religious boarding school for black students. At the age of eighteen, Asante embarked upon his journey to study African history and culture. He attended Southwestern Christian College where he obtained his A.A. degree in l962, and later graduated from Oklahoma Christian University in Oklahoma City, Oklahoma with his B.A. degree, becoming the first member of his family to graduate from college. While at Oklahoma Christian, Asante published his first book, a poetry collection titled Break of Dawn, during his senior year in college He earned his M.A. degree from Pepperdine University in Los Angeles, California in l965. Three years later, Asante earned his Ph.D. degree in communications from the University of California, Los Angeles.

Following graduation, Asante worked as assistant professor in the department of communications at Purdue University. While working as an assistant professor, he published his second book, The Rhetoric of Black Revolution and was founding editor of the Journal of Black Studies. Asante left Purdue University to work as assistant professor at UCLA were he also served as the first permanent director of the Center for Afro American Studies, and created the Center’s M.A. degree program. In 1980, Asante authored, Afrocentricity: The Theory of Social Change, the first of a quartet of books mandating that Africans be viewed as subjects rather than objects. From l973 to l981 Asante was professor and head of the Department of Communication at State University of New York at Buffalo. He went to Zimnbabwe in l981 to assist the government in training journalists and was in charge of the first diplomas in journalism in free Zimbabwe. In 1984, Asante was hired at Temple University as professor and department chair of the African American Studies department. Two years later, he founded the first Ph.D. program in African American Studies in the nation. In l996 he was enstooled as the Kyidomhene of Tafo in Ghana, and in 2011, he was made a Wanadu of the Court of Amiru Hassimi Maiga of the Songhay Kingdom in Mali. Asante has directed more than one hundred and forty Ph.D. dissertations making him one of the leading producers of African American doctorates.

Throughout his career Asante has published over seventy-five books, five hundred articles and has won over 100 awards, honorary doctorates and distinguished professorships. He is the leading authority on African culture and philosophy. Asante is frequently sought after by television and news media for insight into the growing field of African American studies. In 2010, along with his wife, he founded the Molefi Kete Asante Institute for Afrocentric Studies in Philadelphia as a high-level African American Think-Tank. Asante has continued to explore African tradition and culture through his writings, consultations, interactions with African leaders, and his professorship. Asante resides in Elkins Park, Pennsylvania with his wife, Ana Yenenga. Together they have three adult children , Eka, Mario, and MK, and three grandchildren, Ramses, Ayaana, and Aion.

Molefi Kete Asante was interviewed by The HistoryMakers on May 20, 2012.