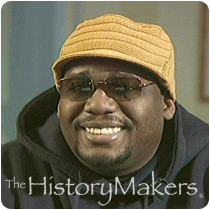 Hip Hop Pioneer Kool Moe Dee was born Mohandas DeWese on August 8, 1963, in New York City. His early music career began at Norman Thomas High School in the late 1970s. Having grown up in Manhattan, DeWese was an early favorite at block parties in Harlem performing with high school buddies L.A. Sunshine and Special K plus DJ Easy as the Treacherous Three. After receiving his high school diploma, he attended the State University of New York at Old Westbury and graduated with his B.A. degree in communications.

For his solo debut, DeWese enlisted an unknown producer, seventeen-year-old Teddy Riley. “Go See the Doctor” followed and became an underground hit. By 1986, Kool Moe Dee was signed to Jive Records, and his self-titled debut album appeared that same year. In 1987, with an album entitled, How Ya Like Me Now, DeWese went platinum and was followed in 1989 by the gold certified Knowledge Is King, for which he became the first rapper to perform at the Grammy Awards ceremonies. Also in 1989, DeWese worked on several important projects including the single "Self-Destruction," and Quincy Jones' all-star Back on the Block album, which united Hip Hop stars with their musical forebears. After moving to Los Angeles, DeWese appeared in several movies including Panther in 1995 and Crossroads in 2002.