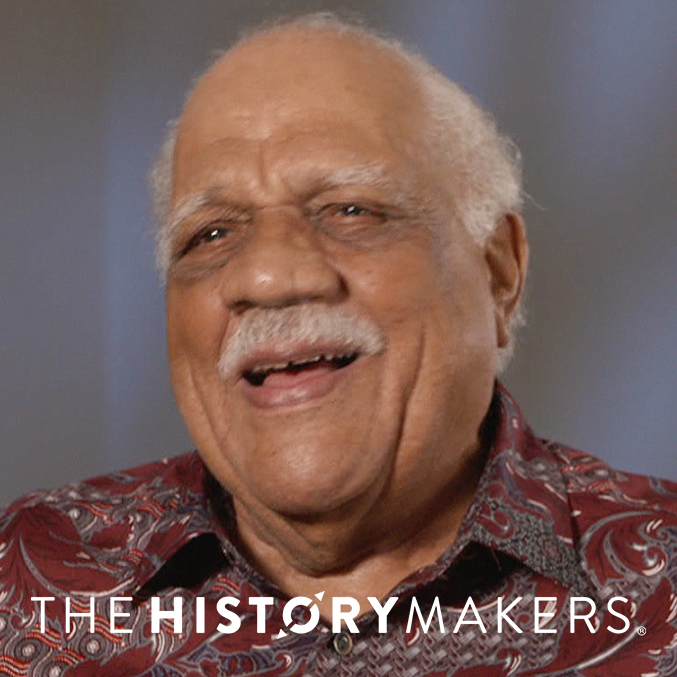 See how Miles M. Jackson is related to other HistoryMakers
Donate Now

Professor and librarian Miles M. Jackson, Jr. was born on April 28, 1929 in Richmond, Virginia to Thelma Manning and Miles Jackson, Sr. He graduated from Armstrong High School, in Richmond, Virginia and received his B.A. degree in English in 1955 from Virginia Union University. He then earned his M.S. degree in 1956 from Drexel University in Philadelphia, Pennsylvania. He later enrolled at Indiana University and completed his postgraduate coursework from 1961 to 1964. Jackson received his Ph.D. degree in communications in 1974, graduating from Syracuse University's Newhouse School of Communications, in Syracuse, New York.

With a specialty in library and information science, Jackson served as an educator, librarian and researcher at selected libraries, including the Free Library of Philadelphia from 1955 to 1958, and territorial libraries in American Samoa from 1962 to 1964, to higher learning institutions including the C.P. Huntington Memorial Library at Hampton Institute from 1958 to 1962, and Trevor Arnett Library at Atlanta University from 1964 to 1969. In 1969, Jackson was named associate professor at the School of Information Studies at the State University of New York, in Geneseo, New York. He joined the University of Hawai’i at Mānoa in 1975 as a professor and was named dean of the Graduate School of Library Science in 1983. He retired as professor and dean emeritus from the School of Library and Information Sciences in 1995.

Jackson has traveled widely in the South Pacific and Asia and was a Fulbright Professor at the University of Tehran, in Iran from 1968 to 1969. He was the recipient of a Ford Foundation Fellowship award for study in East and West Africa in 1969. He served as an Asia Foundation consultant to the Ministry of Education in Papua New Guinea in 1981, and was a U.S. State Department specialist in Pakistan and India from 1981 to 1983.

Jackson served as executive producer of Holding Fast the Dream, a one-hour documentary film on African Americans in Hawaii. The film premiered at the 2010 Hawaii International Film Festival and was selected for the San Diego Black Film Festival in 2011. Included in his published works are books: And They Came: A Brief History of Blacks in Hawaii, Four G Press, 2001, and They Followed the Trade Winds: African Americans in Hawaii, University of Hawaii Press, 2005. Jackson has also been a contributor to the Honolulu Advertiser and Mahogany Magazine.

Miles M. Jackson, Jr. was interviewed by The HistoryMakers on December 12, 2019.

See how Miles M. Jackson is related to other HistoryMakers
Donate Now