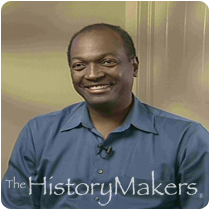 NBA guard and television sports analyst, Michael Theodore “Stinger” Glenn was born on September 10, 1955 in Rome, Georgia. Growing up in Cave Springs, Georgia, his father taught and coached at the Georgia School for the Deaf while Glenn’s mother taught him at E.S. Brown Elementary School. Glenn became the top rated high school basketball player in Georgia, averaging 30 points per game when he graduated from Rome’s Coosa High School, third in his class, in 1973. An All Missouri Valley Conference college basketball player, Glenn graduated from Southern Illinois University with honors and a B.S. degree in mathematics in 1977.

Drafted twenty-third overall by the NBA’s Chicago Bulls in 1977, Glenn broke his neck in an auto accident and was released from the team. Later that year, he was signed by the NBA’s Buffalo Braves (now the Los Angeles Clippers). In 1978, Glenn signed with the New York Knicks, playing with Ray Williams, Michael Ray Richardson and the legendary Earl “The Pearl” Monroe. Known for his shooting accuracy, Glenn was named “Stinger” by his teammates. In New York, Glenn attended graduate business classes at St. John’s University and Baruch College and earned his stockbroker’s license. Moving on to the Atlanta Hawks, Glenn became the team’s all-time shooting accuracy leader – making better than half of his shots. In 1984, Glenn, a six-foot, three inch jump shooting guard, shot an astounding 58% from the field. Between 1985 and 1989, Glenn, as a Milwaukee Buck, shared backcourt duties with Sidney Moncrief, Ricky Pierce and Craig Hodges.

During the 1991-1992 NBA season, Glenn served as a sports analyst for ESPN and the Atlanta Hawks on WGNX SportSouth and during the NBA playoffs for TNT and CNN. During the 1992-1993 season, Glenn served as a sports analyst for two weekly shows on CNN, This Week in the NBA and College Basketball Preview. He continued to serve as the Hawks TV analyst until 2003, broadcasting an average of 70 games per year. In 2004, Glenn was appointed Commissioner of the new World Basketball Association, a developmental league that sends players to the NBA and professional teams abroad. Active in community service, Glenn recently celebrated the 25th Anniversary of his All-Star Basketball Camp for the Hearing Impaired, where he was honored with the NBA Walter P. Kennedy Citizenship Award. An avid collector of rare African American books, Glenn is the author of From My Library, Volume 1 and 2 and Lessons in Success from the NBA’s Top Players.

Glenn was interviewed by The HistoryMakers on October 9, 2006.