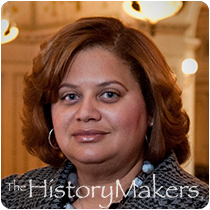 Arts administrator Michelle T. Boone was born in Chicago, Illinois. She later moved with her family to Gary, Indiana where she was raised and attended school. Boone graduated from high school in Gary and then enrolled in Indiana University at Bloomington and went on to receive her B.A. degree in telecommunications in 1983. Later, in 1998, she earned her M.P.A. degree in nonprofit management from the Indiana University at Bloomington.

Boone began her professional career in 1983 as a television engineer working for Chicago network affiliates such as WMAQ-TV, WLS-TV, and WBBM-TV. During her tenure at WLS-TV, Boone worked with the team that launched The Oprah Winfrey Show (formerly AM-Chicago). Boone continued to work as a freelance television engineer. In 1990, she was brought on as the Midwest Regional Promotions Manager with Virgin Records after several other stints in the record industry with Capitol Records, CEMA Distribution, and Orpheus Records. While there, she was responsible for promoting popular R&B recording artists, including Paula Abdul, Lenny Kravitz, After 7 (Virgin Records), M.C. Hammer, Freddie Jackson, Dianne Reeves and many others.

In 1994, Boone served as a volunteer with the United States Peace Corps in Chad, Africa where she worked to install pumps and wells in small villages throughout the Southern region of the country. In 1998, after completing her M.P.A. degree, Boone joined the City of Chicago’s youth job training program, Gallery 37, and was ultimately promoted as director of the program. In 2003, she became the senior program officer of Arts and Culture at The Joyce Foundation and was responsible for managing an annual $2 million arts portfolio for arts and culture initiatives. She also managed the innovative Joyce Awards program that supports the development of minority artists. In addition to her duties at The Joyce Foundation, she also served as an adjunct professor at De Paul University in 2007. In 2011, Boone was appointed Commissioner of the City of Chicago’s Department of Cultural Affairs and Special Events by Mayor Rahm Emanuel.

Boone has served on the national boards of Grantmakers in the Arts and Americans for Arts. She was appointed as a member of the board of directors of the Arts Alliance Illinois, the Third Coast International Audio Festival, the South Chicago Arts Center, and NeighborSpace. In addition, Boone served as a reviewer for the National Endowment for the Arts, the Illinois Arts Council, the Ramuson Foundation, and the Cuyahoga Arts and Culture Program in Ohio. In 2010, she was awarded the Actors Equity Association Spirit Award; and, in 2011, she received the August Wilson Award from the Goodman Theatre.

Michelle T. Boone was interviewed by The HistoryMakers on August 19, 2013.