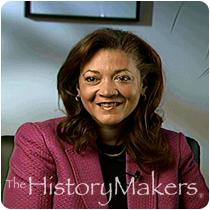 "Always Write Your Future In Pencil."

Journalist and National Public Radio (NPR) host Michele Norris-Johnson (known as Michele Norris on NPR) was born on September 7, 1961, in Minneapolis, Minnesota, to Belvin and Elizabeth Norris. As a youth, Norris was encouraged by her parents to read the newspaper and watch the evening news. In 1979, she graduated from Minneapolis’ Washburn High School where she participated in the InRoads Program.

Norris went on to enroll at the University of Wisconsin to pursue a career as an electrical engineer. After completing three and a half years, Norris was encouraged by a dean to take political science courses. In 1982, she transferred to the University of Minnesota and majored in journalism and mass communications. There, she also wrote stories for the Minnesota Daily and was later hired by WCCO-TV as a beat reporter.

Throughout the 1980s, Norris worked as a reporter for the Washington Post, the Chicago Tribune, and the L.A. Times. During her stint with the Washington Post, Norris wrote a series about a six-year-old who was living in a crack house. The story was reprinted in a book entitled Ourselves Among Others. Then, in 1993, she was hired as a news correspondent for ABC News and as a contributing correspondent for the “Closer Look” segments on World News Tonight with Peter Jennings. While serving as a reporter for ABC, Norris received an Emmy Award and a Peabody Award for her contribution to the coverage of the September 11, 2001, terrorist attacks.

After working for ABC, in 2002, Norris was selected out of 100 candidates to be the host of All Things Considered, the nation’s longest-running radio program on NPR. In this capacity, Norris became the first African American female host for NPR.

In 1990, Norris won the Livingston Award for young journalists. She is a four-time entrant for the Pulitzer Prize. In 2006, she received the University of Minnesota’s Outstanding Achievement Award, and the National Association of Black Journalists’ Salute to Excellence Award. In 2007, she received Ebony magazine’s eighth annual Outstanding Women in Marketing & Communications Award.

Norris lives in Washington, D.C. with her husband Broderick Johnson and their three children.