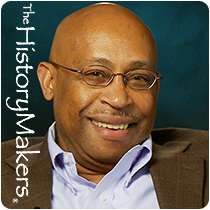 See how Michel du Cille is related to other HistoryMakers

Photojournalist Michel du Cille was born in 1956 in Kingston, Jamaica. His initial interest in photography is credited to his father, a pastor-minister, who worked as a newspaper reporter both in Jamaica and in the United States. Du Cille began his career in photojournalism while in high school working at The Gainesville (GA) Times. In 1985, he received his B.S. degree in journalism from Indiana University. Du Cille also received his M.S. degree in journalism from Ohio University in 1994.

While studying at Indiana University, du Cille was a photographer and picture editor at the Indiana Daily Student. He then worked as an intern at The Louisville Courier Journal/Times in 1979 and at The Miami Herald in 1980. Du Cille joined The Miami Herald's photography staff in 1981. In 1988, he was hired as a picture editor for The Washington Post. In 2005, du Cille became associate editor, and was named assistant managing editor of photography in 2007. Then, in 2009, when The Washington Post newsroom was re-organized and combined with washingtonpost.com, du Cille's title went from assistant managing editor of photography to director of photography. In 2012, he again became an associate editor for photography.

Du Cille has won three Pulitzer Prizes. He shared the 1986 Pulitzer Prize for Spot News Photography with fellow Miami Herald staff photographer, Carol Guzy, for their coverage of the November 1985 eruption of Colombia's Nevado del Ruiz volcano. Du Cille won the 1988 Feature Photography Pulitzer for a photo essay on crack cocaine addicts in a Miami housing project. In 2008, he shared the Pulitzer Prize for Public Service with Washington Post reporters, Dana Priest and Anne Hull, for exposing mistreatment of wounded veterans at Walter Reed Army Medical Center. In addition, du Cille led a team of editors that assembled the photographs shot by Nikki Kahn, Carol Guzy, and Ricky Carioti into the essay that won the 2011 Pulitzer Prize for Breaking News photography for their coverage of the Haitian earthquake and its aftermath.

Du Cille has been active in the National Press Photographers Association (NPPF) in various committee and leadership roles, including serving as the executive committee board representative in 2000, as well as on the organization's finance committee in the early 2000s. Du Cille served on the Pulitzer Prize jury in the photography categories, and as a University of Missouri School of Journalism Pictures of the Year International judge.

Du Cille passed away on December 11, 2014 at the age of 58. He was married to Washington Post photojournalist Nikki Khan, also a Pulitzer Prize winner.

Michel du Cille was interviewed by The HistoryMakers on January 27, 2014.

See how Michel du Cille is related to other HistoryMakers
Click Here To Explore The Archive Today!