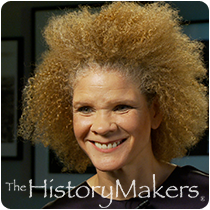 Favorite Color:
Black
Favorite Food:
Okra
Favorite Time of Year:
Spring
Favorite Vacation Spot:
North Africa
Favorite Quote:
This Is The Day The Lord Has Made, Let Us Rejoice And Be Glad In It.

Favorite Color:
Black
Favorite Food:
Okra
Favorite Time of Year:
Spring
Favorite Vacation Spot:
North Africa
Favorite Quote:
This Is The Day The Lord Has Made, Let Us Rejoice And Be Glad In It.

Magazine editor, activist, and writer Michaela Angela Davis was born in March 31, 1964 in Landstuhl, Germany. When she was young, Davis and her family moved to Washington, D.C., where she attended the Duke Ellington School for the Arts. Upon graduation, Davis enrolled in New York University’s Tisch School of the Arts before being accepted to the Stella Adler Acting Conservatory in 1983. She gained fashion experience by apprenticing with her aunt, a former stylist for Harper’s Bazaar, and photographer Richard Avedon.

In 1991, Davis was hired as an associate fashion editor for Essence magazine. She then became the founding fashion director for Vibe magazine in 1993. In 2002, Davis worked as a stylist for the film Paid in Full, before becoming editor-in-chief of Honey magazine in 2003. Davis also published an essay titled “The Beautiful Ones” for the anthology Everything but the Burden: What White People are Taking from Black Culture in 2003.

In 2004, Davis returned to Essence as the executive Fashion and Beauty editor while simultaneously directing the Culture section. She launched the “Take Back the Music” campaign along with Essence in 2005 and appeared on VH1 News Presents: Hip Hop Videos – Sexploitation on the Set. That same year, Davis authored a gift book entitled Beloved Baby: A Baby’s Scrapbook and Journal. In 2008, she was featured in the documentary The Souls of Black Girls, as well as the BET special, Hip Hop vs. America II: Where Did the Love Go? Davis went on to become the chief creative consultant and editorial brand manager for the rebranding of BET. She appeared in Black Cool: One Thousand Streams of Blackness in 2011 with an essay titled “Resistance.” Also that year, she launched a community conversation project called MAD Free: Liberating Conversations About Our Image, Beauty and Power as well as “BuryTheRatchet: The Revolutionary Pro Sisterhood Campaign” the following year.

The New York Chapter of the National Association for the Advancement of Colored People recognized Davis as a “Phenomenal Woman” in 2011, and the President of the Borough of Manhattan presented her with a “Trailblazer Award.” In 2013, she was honored with two separate “Empowerment” awards from BLACK STREET and the Feminist Press.

Davis lives in Brooklyn and has one daughter, Elenni Davis-Knight.

Michaela Angela Davis was interviewed by the The HistoryMakers on August 15, 2014.

See how Michaela Angela Davis is related to other HistoryMakers
Donate Now
Click Here To Explore The Archive Today! 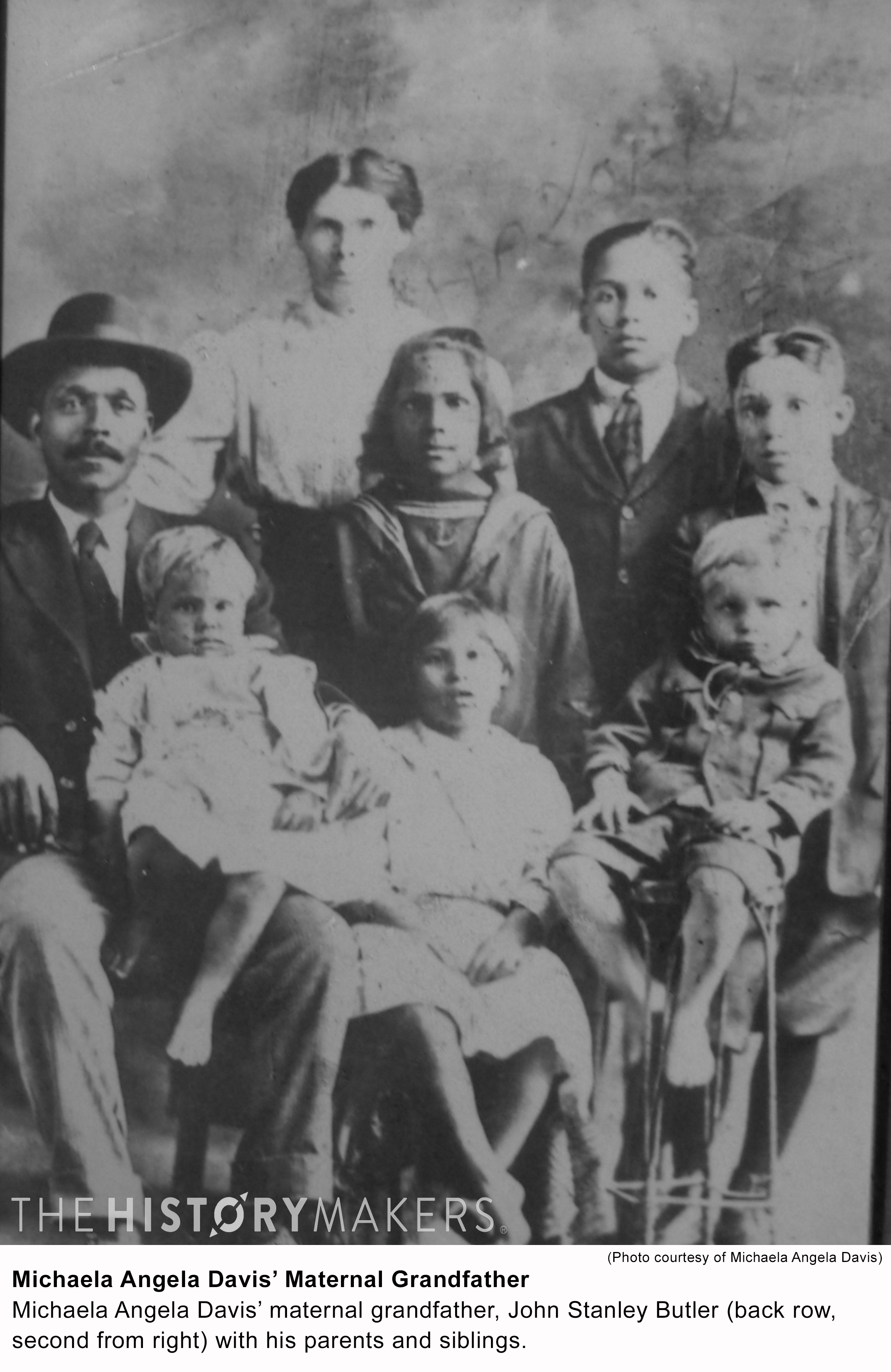 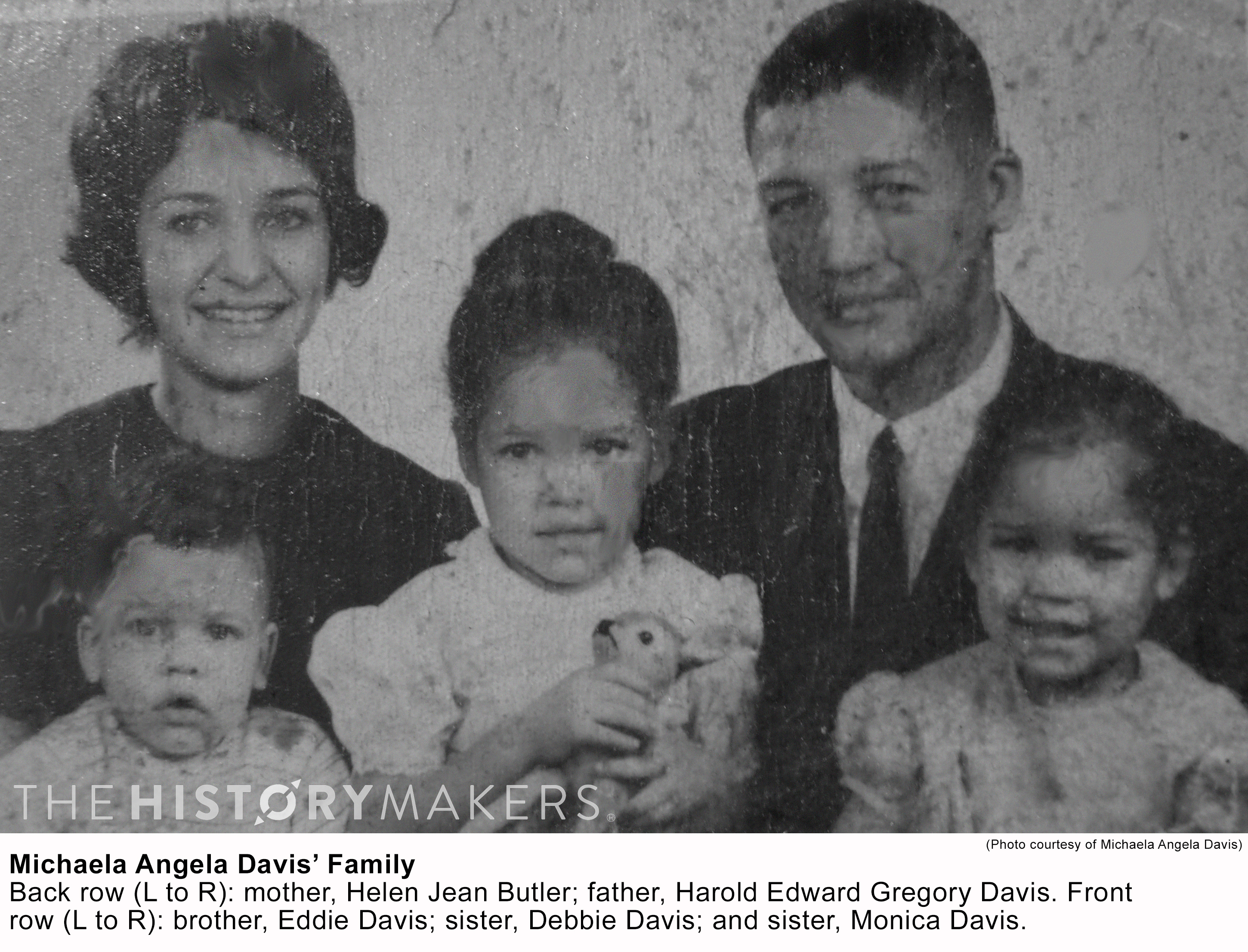