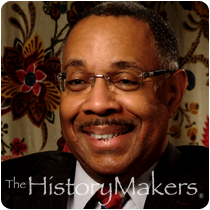 See how Michael White is related to other HistoryMakers
Donate Now

Music professor and jazz musician Michael White was born on November 29, 1954 in New Orleans, Louisiana. Descended from early jazz notables such as bassist Papa John Joseph and clarinetist Willie “Kaiser” Joseph, White did not know of his background, but saw his aunt, who played classical clarinet, as his influence. White too played clarinet in the noted St. Augustine’s High School Marching Band and took private lessons from the band’s esteemed director, Lionel Hampton, for three years.

White balanced school with his interest in the clarinet. He went on to obtain his B.A. degree from Xavier University in 1976 and his M.A. degree in Spanish from Tulane University in 1979. That same year, White joined the Young Tuxedo Brass Band, and two years later, White founded The Original Liberty Jazz Band with the aim of preserving the musical heritage of New Orleans. In 1984, White earned his Ph.D. degree in Spanish from Tulane University and began teaching Spanish and African American music at Xavier University. Around this time, White started collaborating with jazz great Wynton Marsalis; in 1989, White was featured on Wynton Marsalis’ seminal recording, Majesty of the Blues, and that same year, the two worked together on “A Tribute to Jelly Roll Morton,” performed at New York’s Lincoln Center, in which White served as musical director.

In 2005, Hurricane Katrina struck New Orleans. White was living in a one-story home in the Gentilly district of New Orleans, near the London Avenue Canal, and his home was destroyed by the flooding. White was a collector of jazz artifacts and history, but lost all thirty years of jazz memorabilia in the flooding, including interviews of early jazzmen, a clarinet mouthpiece that once belonged to Sidney Bechet, approximately 9000 records and CDs, and a collection of over five dozen vintage clarinets. Still, White embraced jazz’s spirit of improvisation and released his most recent album, Blue Cresent, in 2008, which consists of mainly original compositions and was met with critical acclaim.

The recipient of a 2008 National Heritage Fellowship Award from the National Endowment of the Arts, White has performed at Carnegie Hall and the Newport Jazz Festival. In 1987, the French Government bestowed upon White the rank of Chevalier of Arts and Letters. As a resident artist at the Lincoln Center, White has served as musical director for several of their concerts, including 1992’s Blue Clarinet Stomp and 1994’s Cornet Kings Before Armstrong. White serves as Commissioner of the New Orleans Jazz National Historical Park, sponsored by the U.S. Department of the Interior, and in 2002 he was appointed as the first incumbent of the Rosa and Charles Keller Endowed Chair in the Humanities at Xavier University. Most recently, in 2010, White was named Humanist of the Year by the Louisiana Endowment for the Humanities.

Michael White was interviewed by The HistoryMakers on June 7, 2010.

See how Michael White is related to other HistoryMakers
Donate Now
Click Here To Explore The Archive Today!