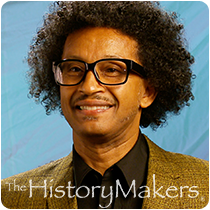 "Your Word Is Your Bond."

Hair stylist and business owner Michael “Rahni” Flowers was born on March 15, 1955 in Chicago, Illinois the tenth of thirteen children. His father, Edmond Joseph Flowers, was a factory worker, and his mother, Mae Carrie Byrd, was a housewife. The couple had come to Chicago from Mississippi in the 1940’s as part of the great migration of African Americans seeking more economic opportunities in the North. In 1973, he entered Northern Illinois University as a pre-med/psychology major, where he studied until 1976. He later enrolled at Pivot Point International, where in 1977 he received his degree in cosmetology. After graduating from Pivot Point International, Flowers trained and worked at Vidal Sassoon for several years. In 1981, he opened the original Van Cleef Hair Studio in Chicago. In 1988, Flowers purchased the salon’s present location in what was then the still underdeveloped Chicago River North area.

First Lady Michelle Obama had been a regular client of Flowers from the age of 18, until her move to Washington D.C. He had the honor to style the First Lady, and the ladies of the First Family, for the 2009 Inauguration. Flowers has worked with a number of other celebrities, including Kerry Washington, Marilyn McCoo, Nancy Wilson, Regina Taylor, Sinbad, and Phyllis Hyman. Other notable Chicago clients include Allison Payne, Carol Mosley-Braun, Merri Dee and Muriel Clair.

Hair stylist and business owner Michael “Rahni” Flowers was interviewed by The HistoryMakers on August 25, 2013.