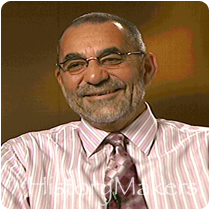 See how Michael Jack is related to other HistoryMakers
Donate Now

Television manager Michael Jack was born on June 6, 1951 in Berlin, Germany to Johanna Magrete Kresse and Huston Jack, Jr., a military veteran. He moved to Massachusetts at age two, however, he relocated frequently with his father to several military bases in the United States and Germany. Jack attended John F. Kennedy High School in Willingboro, New Jersey and Heidelberg High School in Heidelberg, Germany. After graduation, Jack enrolled in Pennsylvania’s Haverford College where he earned his B.A. degree in political science.

After graduating from college, Jack worked for WABC-TV in New York, a subsidiary of Capital Cities ABC-TV, where he would serve for nineteen years. Jack moved to Chicago, Illinois in 1980, serving as an account executive for ABC sales spots in the city until 1981, when he became a national sales manager at KGO-TV in San Francisco, California. He was promoted to local sales manager at KGO and remained at the station until 1986.

Michael Jack resides in New York with his wife, Mary, and daughter, Truce.

Michael Jack was interviewed by The HistoryMakers on September 28, 2007.

See how Michael Jack is related to other HistoryMakers
Donate Now
Click Here To Explore The Archive Today!