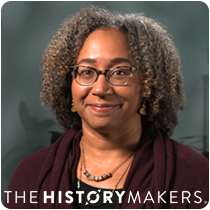 After graduation, Birdsong began working for the Health Initiatives for Youth in San Francisco, California. In 1998, she became a volunteer and organizer for the grassroots organization Critical Resistance, where she remained until 2008 when she was named vice president of the Family Independence Initiative. While working for the Family Independence Initiative, she created the Torchlight Prize for underfunded self-organized community groups. In 2013, Birdsong and Mariah Rankine-Landers co-founded Canerow, a resource for parents of biracial children. She delivered a TED talk entitled The Story We Tell About Poverty Isn’t True in 2015. That same year, Birdsong co-founded the Family Story Project with Nicole Rodgers, becoming its co-director. In 2013, Birdsong’s article Inspired by Weeksville: Celebrating the Extraordinary Contributions of Everyday People was published by Empower magazine. In 2014, several more of Birdsong’s articles were published such as To Tackle Poverty, Trust the Power of Community in The Huffington Post, Stop the Stereotypes and Give Black Dads their Due by The Good Men Project, and The Power of Community-led Collective Action on TalkPoverty.org. Birdsong’s articles have also appeared on the On Being radio program and in Slate magazine.

From 2009 to 2011, Birdsong served on the board of directors for Peoples Grocery. She also joined the board of directors of the Tannery World Dance and Cultural Center in 2011 and Forward Together in 2015. Birdsong served as board chair for the North Oakland Community Charter School from 2013 to 2017. Birdsong was the recipient of an Ascend Fellowship from the Aspen Institute in 2012 as well as a New America CA Fellowship in 2016. She was also named by Colorlines as one of the 15 Remarkable Women of Color Who Rocked 2015. In 2017, Birdsong was named a senior fellow of the Economic Security Project.

Birdsong and her husband, Nino Moschella, have two children.

Mia Birdsong was interviewed by The HistoryMakers on November 28, 2017.