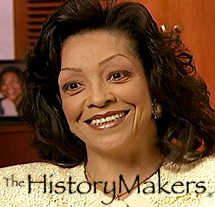 Media personality Merri Dee was born in Chicago, Illinois, on October 30, 1934. Dee was raised in Chicago and New Orleans, Louisiana, where she developed a passion for journalism during school. She began her long relationship with broadcast media in 1966 as a radio personality. Based upon the strength of her reputation, Dee moved to WGN-TV in 1972, where she gained experience in newscasting as a staff announcer and talk show host.

At the height of her very promising career, Dee was confronted with a personal tragedy when she and a talk show guest were kidnapped from the television station and nearly killed by the attackers. Not one to remain a victim, however, Dee looked upon that incident – which changed the course of her career and life – as a challenge to grow. Lobbying state and city politicians, Dee assisted in the passage of Illinois' first Victims Bill of Rights law, in 1992, legislation that has served as a model for other states.

Following the tragic event, Dee became more involved in the administrative aspect of television production and was appointed director of community relations at WGN-TV. In this capacity, Dee served as liaison between WGN-TV and the many social organizations that compose Chicago's civic community. She received direct feedback from the audience and ensured that the station served the needs of Chicago's diverse populations. Dee also oversaw WGN's public service campaigns. Dee retired as WGN-TV’s director of community relations in the fall of 2008.

Dee was also committed to extensive charitable work, including fundraising on behalf of the homeless and victims of domestic violence. Her most passionate endeavor, however, is on behalf of Illinois orphans. Dee garnered an exceptional amount of attention for the issues of orphans through telethons and fundraisers. Through her efforts, she sought to increase the number of children who get adopted each year. In 1998, Illinois Governor Jim Edgar commended Dee and WGN for increasing the number of adoptions in the state by more than 50 percent. Also a strong advocate for education, Dee hosted the United Negro College Fund Telethon for several years. She also hosted the prestigious Easterseals Telethon. She was one of the founders of a Chicago-based organization called Athletes for a Better Education.

Dee was the recipient of numerous awards, including the AT&T Outstanding Community Role Model award, the North American Council on Adoptable Children Outstanding Leadership Award, the YWCA of Metropolitan Chicago Woman of the Year Award, and the Chicago Academy of TV Arts and Sciences Lifetime Achievement Award.

Merri Dee was interviewed by The HistoryMakers on July 25, 2000.