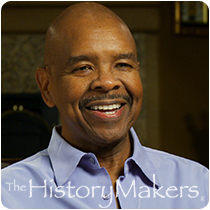 See how Merald "Bubba" Knight, Jr. is related to other HistoryMakers
Donate Now

Rhythm and Blues Singer Merald “Bubba” Knight, Jr. was born on September 4, 1942, in Atlanta, Georgia. Knight’s mother, Elizabeth Woods-Knight, was a nurse’s aide, and his father, Merald Knight, Sr., was a restaurant supervisor. Knight’s parents were also singers in the Wings Over Jordan gospel choir. In 1952, at the young age of ten, he and his sisters, Gladys and Brenda, and cousins William and Elenor, formed the musical group the Pips. Knight would go on to graduate from Samuel Archer High School in Atlanta in 1960.

Performing as a singer, Knight and the Pips, along with new members Edward Patten and Langston George, began touring with Jackie Wilson and Sam Cooke in the late 1950s as an opening act. In 1961, the Pips produced their first R & B Top-20 hit with a version of Johnny Otis’s Every Beat of My Heart. Then, in 1966, the Pips signed to Motown’s subsidiary, Soul records. The group released their major hit single, I Heard It Through the Grapevine in 1967. Hits that followed included 1968’s The Nitty Gritty, 1969’s Friendship Train, 1970’s If I Were Your Woman, 1971’s I Don’t Want To Do Wrong, and the 1973 Grammy Award-winning Neither One of Us (Wants to Be the First to Say Goodbye). In 1973, the Pips left Motown and signed with Buddah records. Their first album with Buddah was Imagination, which would become their best-selling album. Imagination included the 1974 Grammy-winning song Midnight Train to Georgia. Gladys Knight and the Pips continued to produce hits until 1989, when Gladys decided to leave the group.

Knight is married to Kathleen C. A. Knight, and they live in Henderson, Nevada.

Bubba Knight was interviewed by The HistoryMakers on August 28, 2013.

See how Merald "Bubba" Knight, Jr. is related to other HistoryMakers
Donate Now
Click Here To Explore The Archive Today!