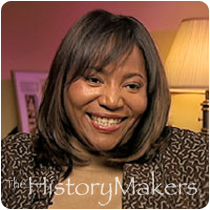 As president and general manager of Chicago's WVON-AM, Melody Spann-Cooper heads the only African American-owned radio station in the nation's third-largest market. She is the first black woman in Chicago to hold this distinction.

In 1999, Spann-Cooper purchased a controlling interest in the Midway Broadcasting Company, the parent company of WVON, and was named Chairman of the Board. With the purchase, Spann-Cooper overcame the odds in a sector where minority ownership of commercial stations has fallen since the passage of the 1996 Telecommunications Reform Act favoring media conglomerates. Under Spann-Cooper's leadership as program director, WVON's revenues skyrocketed from $700,000 in 1994 to $2.4 million in 2002. Her extensive involvement in the community, along with WVON's high quality coverage of issues vital to African Americans' lives, has been crucial to the station's success.

Spann-Cooper was educated in Chicago Catholic institutions from elementary school through Loyola University, where she earned her B.A. in criminal justice. But Spann-Cooper's education in radio began closer to home - on the knee of her father, legendary Chicago disc jockey Pervis Spann, known in radio circles as "the Blues Man." With her father as mentor, Spann-Cooper began working at WVON at age fifteen, earning a full-time job as an on-air radio personality in 1980. In 1986, Spann-Cooper was named news director, and in 1994 she became president and general manager, a position she still holds in addition to chairman of the board and station owner. She vows to continue the march forward at the station, setting her sights on obtaining a twenty-four-hour broadcast license and expanding her public affairs and cultural programming.

In addition to extensive community service work, Spann-Cooper is a much sought-after panelist, political commentator and frequent guest on public radio and television talk shows such as CNN's Crossfire. She is a past vice president of broadcast affairs for the Chicago Association of Black Journalists.

See how Melody Spann-Cooper is related to other HistoryMakers
Donate Now
Click Here To Explore The Archive Today!