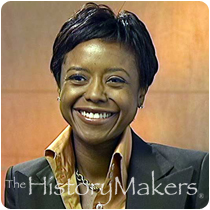 See how Mellody Hobson is related to other HistoryMakers
Donate Now

Investment banker Mellody Hobson was born April 3, 1969, in Chicago. Hobson is the youngest of six children, who range from nine to twenty-five years older than her. After graduating from St. Ignatius College Preparatory in 1987, Hobson attended Princeton University, where she received a B.A. from the Woodrow Wilson School of International Relations in 1991.

While in college, Hobson interned at Ariel Capital Management and T. Rowe Price Associates, both investment firms. Upon graduation, she took a position with Ariel, overseeing client service and taking part in strategic planning. In 1994, Ariel broke off from its parent company, the Calvert Group, and assets dropped by $100 million. Since then, however, things have been up for Hobson and Ariel. Hobson has risen to become president of Ariel, and the firm now manages $10 billion in assets.

Hobson is regularly featured on Good Morning America and can be found on the ABC News Web site as a regular contributor. She also makes regular appearances on CNN and WGN-TV's Minority Business Report. Unbroke:What You Need to Know About Money, the first television show created and hosted by Hobson aired on May 29, 2009. She serves on the board of directors of the Chicago Public Education Fund, the Chicago Public Library and the Field Museum, among many other civic organizations. Hobson also serves on the Board of Trustees of her alma mater, Princeton, and on the Board of Directors of Tellabs, Inc. Ebony named her one of the 30 Leaders of the Future and Crain's Chicago Business has listed her as one of its annual 40 Under 40. At the 2001 World Economic Forum in Davos, Switzerland, Hobson was named a Global Leader of Tomorrow.

See how Mellody Hobson is related to other HistoryMakers
Donate Now
Click Here To Explore The Archive Today!