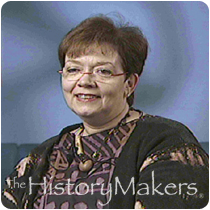 See how Maxine Beatrice Baker is related to other HistoryMakers

Attending Emerson College in Boston on a National Merit scholarship, Baker earned her B.S. degree in speech communications in 1973. After spending several years in the aviation industry, Baker joined the Federal Home Loan Mortgage Corporation (Freddie Mac) in 1982 as a budget administrator. She quickly moved through the management ranks at Freddie Mac, serving in various leadership positions including vice president of administration & corporate properties and vice president of human resources. While working as vice president of industry & trade relations, Baker expanded minority business development programs and minority recruitment. In 1997, Baker was named vice president of community relations and president and chief executive officer of the Freddie Mac Foundation, one of the nation's largest corporate philanthropy programs. Under her leadership, the Foundation’s net assets grew from $22 million in 1997 to $235 million in 2003.

Active in many organizations including the Congressional Coalition on Adoption Institute, the Washington Regional Area Grantmakers, the Metropolitan Washington Boys and Girls Club and Voices for America's Children, Baker has received many awards for her civic leadership.

Baker was interviewed by The HistoryMakers on March 1, 2005.

See how Maxine Beatrice Baker is related to other HistoryMakers
Click Here To Explore The Archive Today!