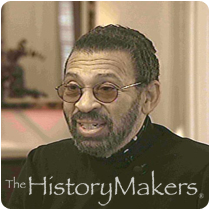 See how Maurice Hines, Jr. is related to other HistoryMakers
Donate Now

Choreographer, dancer, actor and director Maurice Robert Hines, Jr. was born on December 13, 1943 in New York City. His parents were Alma Hines and Maurice Hines, Sr. He is the brother of the late jazz tap dancer and actor, Gregory Hines. A graduate of Jose Quintanos School for Young Professionals, Hines began studying tap dancing in New York City at age five at the Henry LeTang Dance Studio in 1948. LeTang realized his pupil’s gift for dance and began choreographing numbers tailored for Hines and his younger brother Gregory.

In 1954, when Hines was 10 years old, he and Gregory appeared in the Broadway musical comedy The Girl in Pink Tights. Following in the footsteps of the famed Nicholas brothers, they soon began appearing on stage throughout the country. They toured as the opening act for such headliners as Lionel Hampton and Gypsy Rose Lee. Their father joined the act as a drummer, and the threesome became known as Hines, Hines & Dad, performing to rave reviews in New York, Las Vegas and Europe. They made television appearances on The Pearl Bailey Show, Hollywood Palace and appeared 35 times on The Tonight Show.

In 1973, Hines began his solo career singing and dancing as Nathan Detroit in the hit musical National Touring Company of Guys and Dolls with Debbie Allen and Richard Roundtree. After his performance, Hines created a sensation in the hit Broadway musical Eubie, which opened at the Ambassador Theatre in New York on September 20, 1978 and closed October 7, 1979. The show also starred his brother Gregory and was choreographed by Henry LeTang. In 1981, Hines returned to Broadway with his performance in Bring Back Birdie with Chita Rivera. That same year, he also appeared in Sophisticated Ladies.

Turning his talents to the big screen, Hines made his film debut in 1984, in Francis Ford Coppola’s Cotton Club and during that same time with Mercedes Ellington formed Ballet Tap USA, a dance company. In 1986, he conceived, directed, choreographed, and starred in the musical Uptown…It’s Hot!. The show played for seventeen sold-out weeks in Atlantic City before moving to Broadway where Hines received a Tony Award nomination as Best Actor in a Musical. He went on to direct several theater productions including the National Tour of the musical Harlem Suite with leading ladies Jennifer Holiday, Stephanie Mills and Melba Moore and internationally the musical Havana Night in Cuba.

In 2006, Hines collaborated on a new Broadway dance musical, Hot Feet, with Maurice White, the creator of the renown R&B group Earth, Wind and Fire and also released a jazz album, To Nat King Cole with Love.

Hines was interviewed by The HistoryMakers on January 9, 2007.

See how Maurice Hines, Jr. is related to other HistoryMakers
Donate Now
Click Here To Explore The Archive Today!