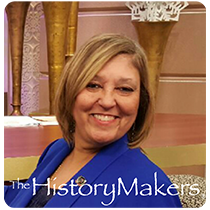 "Injustice Anywhere Is A Threat To Justice Everywhere."

Teacher and radio personality Maureen Forte was born in Chicago, Illinois on October 1, 1950. Her parents, Georgia Ann Jones and Willis Jones, grew up in West Virginia and later relocated to Chicago. After graduating from Englewood High School in Chicago, Forte attended Chicago State University, earning her bachelor’s degree in education in 1974.

Forte began her teaching career at St. Thaddeus in Chicago, where she taught for ten years following her graduation from Chicago State University. During this time, Forte began her involvement in a number of organizations, and served as a delegate for the Chicago Teachers Union for ten years. In 1989, she began teaching at the Sawyer Elementary School in Chicago. She has also become highly active in the NAACP and the Rainbow/PUSH Coalition. She founded the South Suburban chapter of Rainbow/PUSH in 1990 and has continued to raise the bar for social commitment in the area. Since founding the branch, Forte served as president until stepping down in 2004.

Forte served as the vice-president of the South Suburban NAACP and hosted her own radio talk show, N’ the Know with Moe, which is broadcast on WCFJ-AM on Sunday afternoons. She is also a member of the Legislative and Women’s Rights Committees of the Chicago Teachers Union. On May 9, 2007, Forte became the first Black female village trustee of East Hazel Crest, Illinois, and on May 18, 2007, she became a delegate of the American Federation of Teachers (AFT).

Forte was interviewed by The HistoryMakers on August 27, 2004.