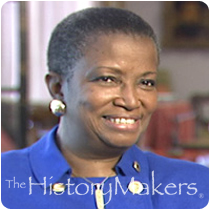 See how Maudine Cooper is related to other HistoryMakers

Maudine Cooper was born on September 30, 1941, in Benoit, Mississippi. Her family soon moved north to St. Paul, Minnesota, in search of a better life. Cooper received both her undergraduate degree in Business Administration (1964) and her J. D. degree (1971) from Howard University. She joined the National Urban League in 1973 as an Assistant Director for Federal Programs and became their Vice President for Washington Operations Legislative Office in 1980.

In 1983, Cooper left her post at the National Urban League to join the Washington, D.C., government as Director of the Office of Human Rights under Mayor Marion Barry, Jr. The post excited Cooper, because it provided her the opportunity to put her legal training and her commitment to social justice to action. Within the next several years, Cooper took on several high profile cases and in 1987 she was appointed to head the Minority Business Opportunity Commission. Mayor Barry approached Cooper in 1989 to become his Chief of Staff. She served in this position for the last two years of his third term.

Since 1990, Cooper has served as President and CEO of the Greater Washington Urban League, an affiliate of the National Urban League and an organization devoted to education and training, housing and community development, services for the aging and the environment. Cooper is a member of numerous organizations and boards, such as the District of Columbia Bar Association, the NAACP, the D.C. Agenda Project, and Leadership Washington. In 1992, Cooper received the prestigious Isaiah Award for the Pursuit of Justice, presented by the Washington, D.C. Chapter of the American Jewish Committee and in 1998, she was named McDonald's Black History Maker of Today in the Washington, D.C., area.

See how Maudine Cooper is related to other HistoryMakers
Click Here To Explore The Archive Today! 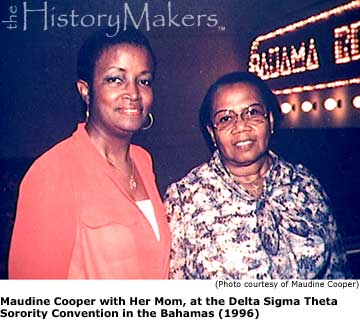 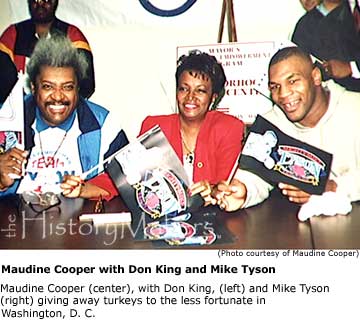