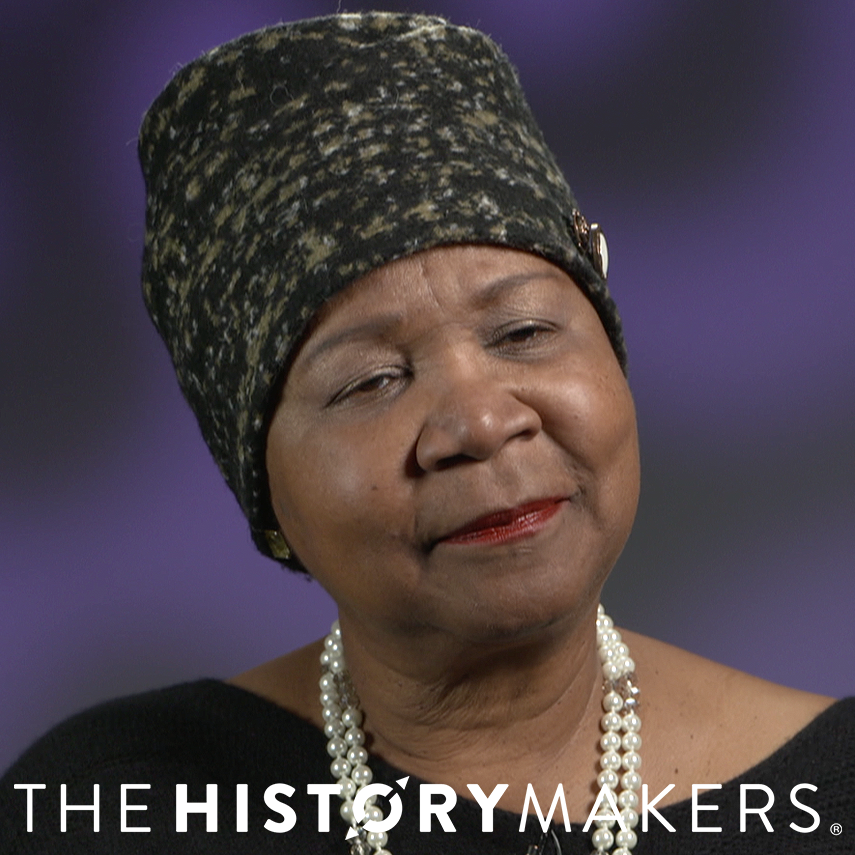 Civic leader Mattie McFadden-Lawson was born on June 1, 1952. She received her B.A. degree from Brooklyn College in 1974 and her M.A. degree from Howard University in 1974. She later obtained her M.P.A. degree in public administration from the Harvard University Kennedy School of Government in Cambridge, Massachusetts in 1977.

After serving as a research associate for McKinsey & Company, McFadden-Lawson was hired as a staff member for the United States Senate Budget Committee. In 1980, McFadden-Lawson and her husband, Michael A. Lawson, moved to Los Angeles, California, where she became involved in supporting various community and philanthropic efforts. She founded the MML Design Group in 2001 and oversaw the restoration of an historic Los Angeles mansion, formerly owned by Muhammad Ali.

McFadden-Lawson served on numerous boards including the Music Center/Performing Arts Center of Los Angeles County, the Los Angeles County Arts Commission, the Ford Theater Foundation, and the GRAMMY Museum Board. She served as co-vice chair of the 50 X 50 Leadership Circle of the Women in Public Service Project at the Wilson Center for International Scholars. McFadden-Lawson was a member of the Pacific Council on International Policy and a founding member of the Dance Council of the Colburn School. She served as vice chair of the Los Angeles County Arts Commission and as director of the International Black Women’s Public Policy Institute. In 2010, President Barack Obama appointed her to the President’s Advisory Committee on the Arts for the John F. Kennedy Center for the Performing Arts in Washington, D.C. In 2016, McFadden-Lawson served as a superdelegate to the Democratic National Convention from California.

In 2011, Mattie McFadden-Lawson was honored with a Drum Major Award at the Southern Christian Leadership Conference at Los Angeles’ Dr. Martin Luther King, Jr. celebration. She was also presented with the “Service Above Self” award at the first annual Music Box Awards in 2011. In 2013, she received the Music Center Philanthropy Award from Center Dance Arts and The Music Center. The following year, she was the recipient of the Whitney M. Young, Jr. Award from the Los Angeles Urban League; and, in 2015, the Los Angeles County Board of Supervisors presented McFadden-Lawson with the Excellence in Leadership Award. In 2016, she received the Leadership and Community Service Award from the International Black Women’s Public Policy Institute, and the Women of City Club Award from the City Club of Los Angeles.

McFadden-Lawson and her husband, Michael A. Lawson, have two adult children, Michael Jr. and Jonathan.

Mattie McFadden-Lawson was interviewed by The HistoryMakers on February 8, 2019.