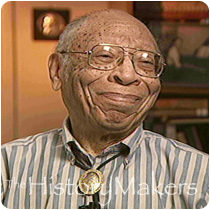 Retired director of the historic Fisk Jubilee Singers, Matthew Washington Kennedy was born on March 10, 1921 in Americus, Georgia. His parents were educator, Mary Dowdell Kennedy and mail carrier, Royal C. Kennedy, who died when Kennedy was fifteen months old. Kennedy attended McCoy Hill Elementary School between 1926 and 1934. A prodigy of piano and choral music, Kennedy was inspired by a Rachmaninoff concert in Macon, Georgia when he was eleven years old. Moving with his mother to New York City in 1934, Kennedy enrolled in DeWitt Clinton High School. With help from his music teacher, Lois Adler, Kennedy entered the Juilliard Institute of Music. Graduating from high school in 1939, he also earned a diploma in piano from Juilliard in 1940. Kennedy went on to attend Fisk University in Nashville, Tennessee. While attending Fisk University, Kennedy became piano accompanist to the historic Fisk Jubilee Singers under the direction of Ms. J.A. Myers on their tour of Europe, North Africa and Israel. Drafted into the U.S. Army in 1943, he served in Southern Europe and North Africa before returning to graduate cum laude with his B.A. degree from Fisk University in 1947. Kennedy went on to earn his M.A. degree from Juilliard in 1950 and completed course work toward his Ph.D. from George Peabody College in Nashville.

Employed by Fisk University as an instructor in 1947, Kennedy became a member of its music faculty in 1954 as an associate professor. In 1956, he married piano soloist, Anne Gamble. Kennedy was appointed director of the Fisk Jubilee Singers in 1957, and he mentored hundreds of young students for the next twenty-three years. In 1958, Kennedy made his own solo piano debut at Carnegie Recital Hall. Over the years, Kennedy toured the world as a soloist and as director of the Jubilee Singers. He was appointed acting chairman of the Fisk University Music Department from 1975 to 1978. Kennedy retired from Fisk University in 1986.

Kennedy has served on resource panels for the Tennessee Arts Commission and on boards of the Nashville Symphony Association and the John W. Work, III Memorial Foundation. He received the Achievement Award from the National Black Music Caucus of the Music Educators’ National Conference, distinguished service awards from the National Association of Negro Musicians, Fisk University Alumni Association, and Omega Psi Phi Fraternity. Kennedy holds lifetime memberships with the NAACP and the Fisk University General Alumni Association. He is a member of the Nashville Fine Arts Club where he serves as President. He is also a member of the Nashville Symphony Guild, Gamma Phi Chapter of Omega Psi Phi Fraternity, Inc., First Baptist Church, Capitol Hill and a recent inductee into the Georgia Music Hall of Fame in Macon, Georgia.

In 2003, Kennedy released his first album, Familiar Favorites. It is dedicated to the memory of his late wife, Anne, and to their daughter, Nina who is also a concert pianist. In 2006, Kennedy received an honorary Doctor of Humane Letters, from Fisk University. In 2007, Kennedy’s daughter made a film entitled, Matthew Kennedy: One Man’s Journey, which won the Rosetta Miller-Perry Award for Black Filmmakers.