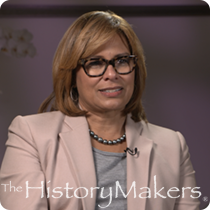 Management executive Matrice Ellis-Kirk was born on March 9, 1961 in Cleveland, Ohio. She earned her B.A. degree in economics from the University of Pennsylvania in Philadelphia, Pennsylvania in 1982.

Ellis-Kirk began her career as an officer in commercial banking at MBank in Dallas, Texas. In 1987, she became the director of the Dallas Area Rapid Transit’s Office of Management and Budget, and remained in that position until 1993. Ellis-Kirk then joined Apex Securities as vice president and office manager until 1995, when she began serving as a consultant with Spencer Stuart. In 1999, Ellis-Kirk was hired by Heidick & Struggles International, Inc. and later became a managing partner at the firm. She joined RSR Partners in 2014 as the managing director.

Ellis-Kirk received the Spirit of the Centennial Award from the City of Fair Park, Texas in 2001. She was also the recipient of the Dallas Historical Society’s Jubilee History Makers Award in 2015. The following year, Ellis-Kirk was named to D Magazine’s “Dallas 500” list.

Ellis-Kirk served as a board member for many organizations, including for the Dallas Museum of Art, the Dallas Center for the Performing Arts Foundation, The Woman’s Museum, the Dallas Symphony Association, and North Texas Tollway Authority. She also served on the board of directors for ACE Cash Express, on the Executive Committee for the Texas Business Hall of Fame Foundation, on the executive board for Southern Methodist University’s Cox School of Business, and on the University of Pennsylvania’s Board of Visitors. She was a member of the World Economic Forum’s Global Council on Women’s Empowerment, a member of the advisory board for the Booker T. Washington High School for the Performing and Visual Arts, a trustee for the University of Texas Southwestern Medical Foundation, a member of the Dallas chapter of the National Association of Corporate Directors, and chairwoman for the AT&T Performing Arts Center. In 2013, Ellis-Kirk was appointed to the President’s Commission on White House Fellowships by President Barack Obama.

Ellis-Kirk and her husband, Ron, have two children, Elizabeth and Catherine

Matrice Ellis-Kirk was interviewed by The HistoryMakers on March 16, 2017.

See how Matrice Ellis-Kirk is related to other HistoryMakers
Donate Now
Click Here To Explore The Archive Today!