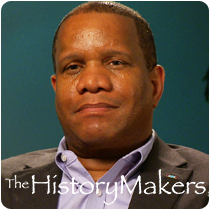 In 1973, Patton graduated from U.S. Coast Guard Radioman (communications) School and was assigned duty on board the USCGC DALLAS at Governors Island, New York. He also served as a radioman at the Coast Guard Group and Air Station in Detroit, Michigan and as a recruiter at the Coast Guard Recruiting Office, Chicago. In 1979, Patton changed his occupational rating from radioman to yeoman (personnel) and was assigned to the Ninth Coast Guard District Office in Cleveland, Ohio. He attended American University as the first enlisted member selected for graduate school where he earned his doctorate degree and wrote his dissertation on developing the Coast Guard Enlisted Performance Evaluation Program. After graduate school he served onboard USCGC BOUTWELL homeported at Seattle, Washington and later returned to Coast Guard Headquarters to become the first Coast Guard enlisted training manager. Following this assignment, Patton became the Command Master Chief for the Coast Guard Atlantic Area, based at Governors Island, New York where he was the senior enlisted advisor to Joint Task Force-160 deployed to Haiti and Guantanamo Bay Cuba during Operation Support Democracy.

Patton served as the 8th Master Chief Petty Officer of the Coast Guard from 1998 to 2002. He was the first African American to reach that rank in the U.S. Coast Guard. As the service’s highest ranking enlisted member, he served as the principal advisor to the Commandant of the Coast Guard, his directorates, the U.S. Secretaries of Transportation and Defense and the Commander-in-Chief. In 2002, Patton retired from the U.S. Coast Guard after thirty years of active service. He became an assistant professor at University of California Berkeley before working for Monster Worldwide as director of Government Partnerships and Alliances. Patton was later named vice president for Homeland Security Programs at AFCEA International.

8th Master Chief Petty Officer of the Coast Guard Vincent W. Patton III was interviewed by The HistoryMakers on May 25, 2013.