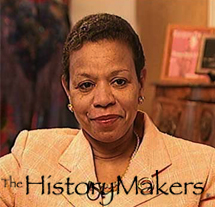 Born to Elaine and Harvey Schmidt in Philadelphia, Pennsylvania on October 21, 1947, Mary Schmidt Campbell has distinguished herself as an educator and prominent advocate of the arts.

After earning a B.A. at Swarthmore College in 1969, Campbell taught English literature at Nkumbi International College in Zambia. Campbell returned to the U.S. and studied art history at Syracuse University, graduating with an M.A. in 1973. In 1974, she became both a curator of the Everson Museum of Fine Arts in Syracuse, New York and the art editor of Syracuse New Times.

From 1977 to 1987, Campbell served as Executive Director of the Studio Museum in Harlem, a fine arts museum that exhibits, collects and interprets the work of black artists. During this time, she earned a Ph.D. from Syracuse University. She then served as Commissioner of Cultural Affairs for the City of New York until 1991, managing an agency which funds New York cultural institutions and organizations.

After establishing herself as a leader in the field of arts and public policy, Campbell became Dean of New York University's Tisch School of the Arts, a preeminent center of theatre and film. Many of the country's leading film directors, Broadway producers, actors and writers as well as theatre historians and critics have matriculated from the school, and recent graduates have won major awards at festivals around the world. Campbell has dramatically improved enrollment, funding and programs. She established and chairs the Department of Art and Public Policy.

The Life and Work of Romare Bearden will be published by Oxford University Press.

See how Mary Schmidt Campbell is related to other HistoryMakers
Donate Now
Click Here To Explore The Archive Today!