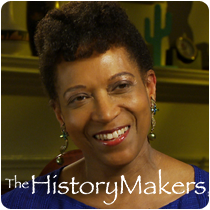 Favorite Color:
Blue
Favorite Food:
Fish
Favorite Time of Year:
Fall
Favorite Vacation Spot:
St. Tropez
Favorite Quote:
To whom much is given, much is required.

Favorite Color:
Blue
Favorite Food:
Fish
Favorite Time of Year:
Fall
Favorite Vacation Spot:
St. Tropez
Favorite Quote:
To whom much is given, much is required.

See how Mary C. Curtis is related to other HistoryMakers

Newspaper editor and news correspondent Mary C. Curtis was born on September 4, 1953 in Baltimore, Maryland. She was the youngest of five children born to Thomas Curtis and Evelyn Curtis. After graduating from Seton High School in Baltimore, Maryland in 1971, she enrolled at Fordham University in New York City and graduated form there in 1975 with her B.A. degree in communications. In 2006, Curtis was awarded a Nieman Fellowship from Harvard University.

From 1985 through 1994, Curtis served in a variety of editing positions at The New York Times, including as editor of “Home, Education, Life” and “The Living Arts,” a section in the National Edition that she helped to develop. She also served as the Features editor for the Arts and Entertainment section at The Sun in Baltimore. In addition, Curtis held positions as a reporter and as an editor with The Associated Press in New York, Hartford, Connecticut and with the Arizona in Tucson, Arizona. She also contributed news articles to TheRoot.com, theGrio.com, National Public Radio Creative Loafing , and served as a national correspondent for AOL’s PoliticsDaily.com. In 2011, she joined the The Washington Post as a contributor for the blog, “She the People.” She covered the 2012 Democratic National Convention for The Charlotte Observer.

Mary C. Curtis was interviewed by The HistoryMakers on May 8, 2013.

See how Mary C. Curtis is related to other HistoryMakers
Click Here To Explore The Archive Today!