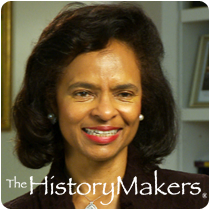 See how Mary Bush is related to other HistoryMakers
Donate Now

In 1971, she joined Chase Manhattan Bank in New York City as a credit analyst. From 1973 to 1976, Bush worked as an account officer for Citbank, and from 1976 to 1982, she worked as vice president and team leader for Bankers Trust Company. In 1982, she held the position of executive assistant to the deputy secretary for the United States Treasury. In 1984, President Ronald Reagan appointed Bush as United States alternate executive director of the International Monetary Fund (IMF). Four years later, Bush became vice president of international finance for the Federal National Mortgage Association (Fannie Mae). In 1989, she served as managing director of the Federal Housing Finance Board for the Federal Home Loan Bank System. Bush founded her own global consulting firm, Bush International, LLC, in 1991. From 1994 to 1997, Bush hosted "Markets and Technology," a nationwide cable television program on global business and government policy. In 2006, she was appointed by President George W. Bush as chairman of the Helping to Enhance the Livelihood of People around the Globe Commission (HELP). Bush is a frequent television commentator and speaker on global business and financial matters and corporate governance. She has also advised the foreign governments of Bulgaria, the Republic of Korea, the Republic of the Philippines and the Republic of Singapore.

Bush has applied her financial and economic expertise on the board of directors of many companies including Discover Financial Services, The Pioneer Family of Mutual Funds, Mantech International Corporation and Marriott International. Bush also serves on the Investment Company Institute Board of Governors and on the boards of the Independent Directors Council and Capital Partners for Education. She also serves on the advisory boards of Stern Stewart International, the Global Leadership Foundation (US Advisory Board) and the Kennedy Center Community and Friends Advisory Board.

Mary K. Bush was interviewed by The HistoryMakers on March 7, 2012.

See how Mary Bush is related to other HistoryMakers
Donate Now
Click Here To Explore The Archive Today!