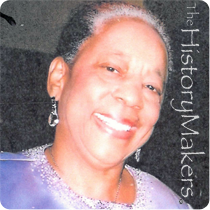 Elementary school teacher, travel agent, and public relations manager Marvis Kneeland-Jones was born on February 1, 1941 in Chicago, Illinois. She was born and raised in Memphis, Tennessee and graduated from Hamilton High School with honors. After the landmark Supreme Court case Brown v. Board of Education mandated the desegregation of the Southern school system, Kneeland-Jones was among the first eight African American students to pass the entrance exam and enroll in Memphis State University. She and her fellow students eventually became known as the Memphis State Eight.

Kneeland-Jones graduated from Memphis State University with her B.S. degree in elementary education in 1974, after a four-year hiatus caused in part by the neglect and discrimination she experienced in her time there. During her time at Memphis State, Kneeland-Jones worked as a secretary for the NAACP. She went on to receive her M.S. degree in education and teach in the Memphis Public School system for the next twenty-five years. Kneeland-Jones also organized voter registration drives in Shelby County and worked to help her husband, Rufus E. Jones, run a successful campaign for State Representative in Tennessee, a position he held for sixteen years. Upon retirement from teaching, Kneeland-Jones went to work as Public Relations Manager for the government relations consulting company REJ & Associates, which her husband had founded.

Kneeland-Jones has been involved with numerous charitable and civic organizations, among them the Links Inc., the Friends of Memphis and Shelby County Libraries, Washington Chapel Church Christian Methodist Episcopal Church, and the National, Tennessee, and Memphis Education Associations. Kneeland-Jones has been awarded lifetime membership in the NAACP, has been named a Civil Rights Pioneer Honoree, and has been honored with the Arthur S. Holman Lifetime Achievement Award by her alma mater, Memphis State University. Memphis State University also established the Memphis State Eight Best Paper Prize in 2000, for the best historical paper on the African American experience, in honor of Kneeland-Jones and her colleagues. In 2006 the Memphis State Eight were invited back to Memphis State to see the prize awarded at a conference on African American history and be honored for their pioneering roles in desegregation.

See how Marvis Kneeland Jones is related to other HistoryMakers
Donate Now
Click Here To Explore The Archive Today!