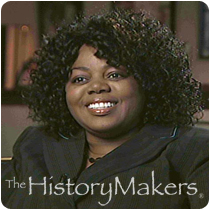 "What Gets Measured, Gets Done."

Photographer Martha Gean Brock was born on September 19, 1958, in Isola, Mississippi, to Dorothy Amos Brock and Herman Brock. She attended segregated schools in Iverness and Belzoni, Mississippi, graduating in 1976 from the then integrated Humphries County High School. She was taught photography by Floyd Bailey at Mississippi Valley State University, where she was photographer and editor of the college yearbook. Graduating in 1980 with her B.S. degree in criminal justice, Brock relocated to Chicago where she later completed her M.B.A. degree from the University of Phoenix in 2006.

Initially working in the corporate world, Brock’s interest in photography was rekindled in the mid-1980s as her friends and colleagues recognized her talent. Ignoring criticism for shooting with a Minolta 5000 Max, Brock’s knack for capturing celebrities has made her one of Chicago’s most published African American photographers. Trusting her instincts about where to be and when to be there, Brock’s photographs of Alicia Keys, R. Kelly, Luther Vandross, Rosa Parks, Bill Clinton, Barack Obama, Oprah Winfrey, Patti LaBelle, Stevie Wonder, Queen Latifah, Debra Winger, Ice-T, Jerry Springer, Whoopi Goldberg, and Michael Jordan, among hundreds of others, have appeared in various print media, including: the Chicago Defender, Chicago Tribune, Chicago Sun-Times, USA Today, Today’s Chicago Woman, Jet, Ebony, Essence, N’Digo, Sister 2 Sister, Upscale, and Vibe magazines. Brock established Martha Brock Photography in 1992, where she specializes in celebrity, commercial, fashion, special events, and public relations photography. Her photographs of current events are featured on the websites of Chicago’s WVAZ, WGCI, and WPWX radio stations. Some of her other clients include J Records, R. Kelly Jive Records, Chicago Housing Authority, The Boys and Girls Clubs, and T.D. Jakes Ministries.

One of her most popular photographs is a candid portrait of Michael Jordan, shot in the Chicago Bulls’ Berto Center in 1996. Volunteering in Chicago area schools, Brock’s community involvement led to her election to the Trustee Board of Oak Park, Illinois, in 2005. Always with a knack for being in the right place, Brock appeared in a photo along side Oprah Winfrey in the Guinness Book of World Records.