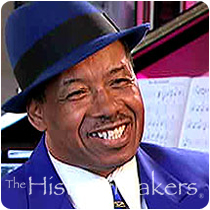 See how Marshall Thompson is related to other HistoryMakers

Marshall Thompson grew up on Chicago’s South Side. As a child, he played his snare drum on the corner of 47th Street and St. Lawrence Avenue, thus beginning a lifelong love of music.

Growing up, Thompson would try to sneak into the Regal Theater only to be thrown out. He persisted, landing a job in 1960 as the house drummer for the Regal Theater and even performing as backup for Gladys Knight in 1967. In 1960, he and other musicians formed the Chi-Lites. Initially, the group's name was the Hi-Lites. They soon achieved notoriety with half a dozen singles issued on the local Dakar and Ja-Wes labels. Because their name conflicted with that of another local group, they changed their name, aligning themselves with Chicago.

For more than thirty years, the Chi-Lites have been one of the main purveyors of the Windy City sound. Their first hit, "Let Me Be The Man My Daddy Was," made the national charts. But it was songs "Have You Seen Her'" and "Oh, Girl" that catapulted the Chi-Lites to fame. In February of 2004, the Chi-Lites received a Grammy Award for their work on Beyoncé Knowles' song "Crazy in Love," which won the Best R&B Song award. In 2006, the Chi-Lites released an album called, Christmas Time At Momma’s House. The album also features radio disc jockey, Herb Kent.

See how Marshall Thompson is related to other HistoryMakers
Click Here To Explore The Archive Today! 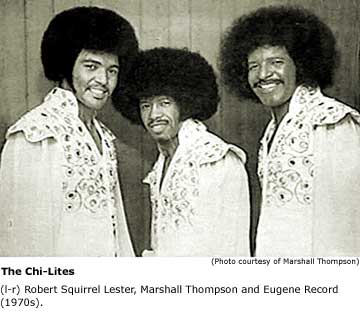 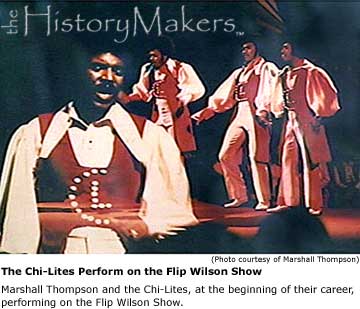