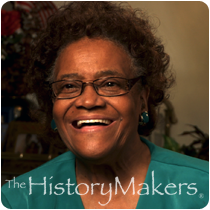 See how Marlene Randall is related to other HistoryMakers
Donate Now

Randall began her teaching career in the Portsmouth Public School System. She went on to become treasurer for the Church and Community in Action, working to improve the quality of life of citizens in Portsmouth. She also worked as Secretary for Area II of the NAACP which includes Portsmouth, Norfolk, Chesapeake, and Suffolk, Virginia. She also created the pattern for the pairing of schools, staff and students that led to the integration of Portsmouth Public Schools. In 2002, Randall was elected to the Portsmouth City Council where she served three consecutive terms.

In 2008, Randall was a guest speaker at Tidewater Community College’s Black History Month Celebration. She has also been recognized by the National League of Cities for attaining the Platinum level in its Certificate of Achievement in Leadership program. This is the highest level of achievement that one can attain in the state. She has also been the chairman of Virginia First Cities, and appointed by former Governor Tim Cane to the Criminal Justice Services Board.

Randall is married to Vernon Randall and together they have three children, Ricardo, Veronica, and Michelle. Unfortunately, her home was destroyed by fire on December 27, 2010.

Marlene Randall was interviewed by The HistoryMakers on May 13, 2010.

See how Marlene Randall is related to other HistoryMakers
Donate Now
Click Here To Explore The Archive Today!