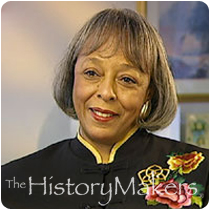 Daughter of world-famous track star Jesse Owens, Marlene Owens Rankin was born in Cleveland, Ohio, on April 19, 1939. Moving with her family first to Detroit, Rankin graduated from high school in Chicago in 1957. After graduation, Rankin returned to Ohio, where she attended Ohio State University, becoming the first African American homecoming queen in the school's history in 1961. Graduating in 1961 with her bachelor's degree in social work, Rankin later attended the University of Chicago, earning her master's degree in 1978.

Growing up watching her father win worldwide athletic events only to be rejected by racism at home inspired Rankin to work to foster interracial understanding and help youth throughout her career. After earning her B.A. degree, Rankin went to work for the Cook County Department of Public Aid in the Children's division as a social worker. Rankin worked for a year with the Chicago Youth Centers/Project Learn as a social worker for a year, before joining the Chicago Committee on Urban Opportunities/Model Cities program as the senior planner; she remained at this position for six years. In 1978, Rankin went to work for the United Charities of Chicago as a clinical social worker and the director of human resources; she stayed in this position for ten years before becoming the director of human resources at the Museum of Science and Industry.

Upon the death of her father in 1980, Rankin, her two sisters, and friends, formed the Jesse Owens Foundation to perpetuate his beliefs and indomitable spirit to future generations. The foundation established scholarships through the Ohio State University and provided hundreds of young adults with support for their education. In 1990, Rankin became the executive director of the Jesse Owens Foundation, where she was working at the time of her interview.

Rankin remained active over the years in a number of organizations, serving as a member of the board of the University of Chicago School of Social Service Administration, and as the chairperson of the Ohio State University Annual Fund from 1991 to 1995. Rankin also served on the Hyde Park Neighborhood Club and the Sporting Chance Foundation. Today's Chicago Woman named Rankin one of 100 Women Making a Difference in 1992; she was awarded the Annual Orchid Award from the Top Ladies of Distinction. Rankin and Stuart, her husband of over forty years, raised one son.

See how Marlene Owens Rankin is related to other HistoryMakers
Donate Now
Click Here To Explore The Archive Today!