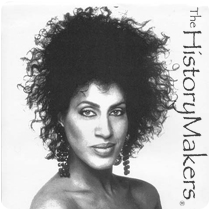 "Live Your Life Like Your Ass Is On Fire."

At the age of sixteen following her graduation from Jeremiah E. Burke High School in Boston, Massachusetts, Blakey went, with her mother’s permission, directly to Atlantic City, New Jersey, where she performed as a dancer at Club Harlem. There, Blakey performed with Sammy Davis, Jr., Billy Eckstein, Sarah Vaughan, and the bands of Duke Ellington and Cab Calloway, among many others. Blakey was still under twenty years of age when she danced in Las Vegas, Miami and Chicago; after performing around the United States, she went to Europe, dancing in Amsterdam, London, Germany, Belgium, and Italy. While in Europe, Blakey put together her own dance group and produced and booked shows at U.S. Army bases. After a few years in Europe, Blakey returned to Boston where she opened her own dance studio, and formed the Marla Blakey Dancers.

In 1975, Blakey moved to Los Angeles to advance her career; it was there that she choreographed and staged shows for artists such as Donna Summer, Anne Murray, Aretha Franklin, Bette Midler, David Bowie, Sting, and several Motown artists. During this time period, Blakey choreographed and staged her first television special Motown Returns to the Apollo for NBC. Blakey’s career on stage, as a producer, and her affinity for jazz music was forged through the influence of her father, Ruble Blakey, who sang with Lionel Hampton’s band; she first met her father at the age of twelve in Paris, France, where he was working as a booking agent for some jazz greats.

During Blakey’s thirty years of travel, performing, and producing shows, her heart was never far away from her childhood years on the Island of Martha’s Vineyard, where her mother owned a summer home. In 1988, Blakey moved to Martha’s Vineyard to become a year round resident. On Martha’s Vineyard, Blakey continues to be a prolific and significant producer, director, and choreographer; each summer she brings productions to the island’s performing arts centers and playhouses.