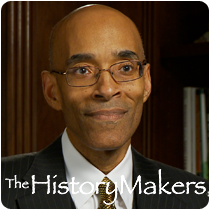 See how Mark Smith is related to other HistoryMakers

In 1984, Smith joined the faculty at the Georgia Institute of Technology as a professor of electrical and computer engineering. His research focused on communications, digital filters, and the processing of images and signals. In addition to teaching and research, Smith’s trained and competed in the sport of fencing. He was the National Champion of the United States in 1981 and 1983 and a two-time member of the U.S. Olympic Team in 1980 and 1984. Smith was one of the final runners carrying the Olympic Torch to the Opening Ceremonies in the 1996 Summer Olympic Games. In 2003, Smith was promoted to head Purdue’s School of Electrical and Computer Engineering and was the first African American to hold the position. In 2009, Smith was named the Michael J. & Katherine R. Birck Endowed Professor of Electrical and Computer Engineering and Dean of the Purdue University Graduate School.

At Georgia Institute of Technology, Smith received two teaching awards including the Georgia Tech Outstanding Teacher Award. He also authored over forty journal articles and is the co-author of four textbooks. Smith is a fellow of the Institute of Electrical and Electronics Engineers (IEEE). He was also awarded its Processing Society Senior Award in 1992. Smith has also received the IEEE’s Distinguished Lecturer Award and has sat on their Signal Processing Society Board of Governors. In 2005, Smith received the International Society of Optical Engineers’ Wavelet Pioneer Award; and in 2007, he served as president of the National Electrical and Computer Engineering Department Heads Association.

Mark J. T. Smith was interviewed by The HistoryMakers on April 8, 2013.

See how Mark Smith is related to other HistoryMakers
Click Here To Explore The Archive Today!