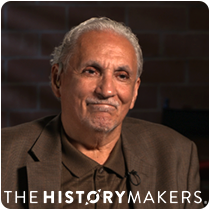 Favorite Color:
Blue
Favorite Food:
All Food
Favorite Time of Year:
My Wedding Anniversary
Favorite Vacation Spot:
Anywhere
Favorite Quote:
Men Make Their Own History, But Not As They Please. They Make It Under Circumstances Transmitted From The Past.

Favorite Color:
Blue
Favorite Food:
All Food
Favorite Time of Year:
My Wedding Anniversary
Favorite Vacation Spot:
Anywhere
Favorite Quote:
Men Make Their Own History, But Not As They Please. They Make It Under Circumstances Transmitted From The Past.

During the 1970s, Salas was a contributing writer to various activist newspapers and newsletters, including a regular column in The San Antonio Register, The San Antonio Observer, San Antonio Community Journal/Inner City Journal. He was also field secretary at the Student Non-Violent Coordinating Committee (SNCC) chapter in San Antonio, which was the last SNCC-Black Panther Chapter in the Country, and ran for Texas State Representative on the La Raza Unida Ticket in 1972 under a SNCC-Raza Unida Coalition. In 1990, he became an educator for the San Antonio Independent School District, and was a co-founder of the Barbara Jordan Community Center in San Antonio and he also championed the establishment of Dr. Martin Luther King Jr.'s birthday as a Texas state holiday in 1991. Salas was elected to the San Antonio City Council, where he served two full terms from 1997 to 2001 as District 2 Representative. In 2004, he campaigned for the office of County Commissioner. Salas also served as professor of African American studies at the University of Texas at San Antonio. He was a candidate in the bid for the Democratic Primary for Texas State Representative, District 120, in San Antonio in 2016. He retired as an assistant professor of political science from the University of Texas.

Salas served as lecturer for the University of Texas at San Antonio Department of Political Science. He also served as vice president of the Judson Independent School District Board of Trustees and chairman of the Tax Increment Finance Board, Zone 11.

Salas was a regular contributor to the San Antonio Observer. He wrote a sequel to Mary Shelley's classic novel, Frankenstein, titled Frankenstein: The Dawning and the Passing. He has also written several political science textbooks including American and Texas Political History: A Maze of Racialized Thought in America.

Salas has been an advocate for San Antonio's African American community as a founding member of Organizations United for Eastside Development, Black Coalition on Mass Media, and Frontline 2000. He supported the Anti-Apartheid movement in South Africa and opposed the recruitment of Americans as mercenaries in the revolutionary war in Zimbabwe. He is also the president of KROV radio, a black formatted radio station, and he remains a human and civil rights advocate.

Mario Marcel Salas was interviewed by The HistoryMakers on June 6, 2018.