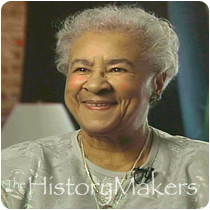 Favorite Color:
Blue
Favorite Food:
Spicy Mexican, Chinese Food
Favorite Time of Year:
All Seasons
Favorite Vacation Spot:
Hawaii
Favorite Quote:
Do Unto Others As You Would Have Them Do Unto You.

Favorite Color:
Blue
Favorite Food:
Spicy Mexican, Chinese Food
Favorite Time of Year:
All Seasons
Favorite Vacation Spot:
Hawaii
Favorite Quote:
Do Unto Others As You Would Have Them Do Unto You.

Educator Marie Louise Greenwood was born on November 24, 1912 in Los Angeles, California. Her parents, a railroad chef and a domestic worker, moved the family to Denver, Colorado in 1925 searching for better opportunities. Having parents who stressed education, Greenwood decided to pursue teaching as a career. Upon graduating from West High School, her academic record as one of Colorado’s top students earned her a scholarship. This enabled her to enroll in Colorado Teacher’s College in Greeley where she was confronted with blatant racism. She was prevented from living on campus or joining any student organizations. In 1935, Greenwood was encouraged by the minister of her church to take the Colorado State Teacher’s Examination. She successfully passed the written examination and oral interview. Upon receiving a letter of assignment entitling her to teach at Whittier Elementary School in 1935, Greenwood became one of the first African American school teachers in Denver.

In 1943, Greenwood married, and two years later, in 1945, she took a hiatus from teaching in order to raise a family. One of her four children became the first African American student to attend Newlon Elementary School. In 1953, Greenwood returned to teaching part-time as a substitute also at Newlon Elementary School. At this time, African American teachers were assigned only to schools in the predominantly African American northeast neighborhood of Denver. However, the parents of Newlon students realized Greenwood’s proficiency at teaching, and in 1955, she was accepted as a full-time teacher.

Greenwood has donated The Marie Greenwood Papers to the Blair-Caldwell African American Research Library in Denver. This bequest contains materials spanning from the 1930s and 1940s and from the 1980s to 2001. She accumulated these documents during her years as a teacher and community volunteer.

Greenwood lives in Denver, Colorado where she wrote Every Child Can Learn which is being used by teachers in many schools. As a result of her book, she has been a commencement speaker at the University of Northern Colorado, Martin Luther King Day speaker, student awards speaker and held meetings of professors and education students who have read the book. Every Child Can Learn is now in its second edition.

In 2001, the Marie L. Greenwood Academy in Denver, Colorado was named in her honor. On January 15, 2010, she received the Martin Luther King Trailblazer Award, honored by Representative Diana DiGette with a letter of congratulations which is registered in the Congressional Record. On May 7, 2010, the University of Northern Colorado honored her with the Degree of Doctor of Humane Letters. In 2013, Greenwood's autobiography entitled By The Grace of God was published.

Greenwood was interviewed by The HistoryMakers on April 19, 2007.

See how Marie Louise Greenwood is related to other HistoryMakers
Donate Now
Click Here To Explore The Archive Today!