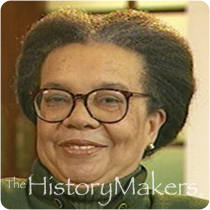 Marian Wright Edelman, founder and President of the Children's Defense Fund, was born on June 6, 1939, in Bennettsville, South Carolina. Edelman was the youngest of five children and credits her father with instilling in her an obligation to right wrongs. When African Americans in Bennettsville were not allowed to enter city parks, Arthur Wright, her father, built a park for African American children behind his church.

Edelman is a graduate of Spelman College and Yale Law School. While working as director of the NAACP Legal Defense and Education Fund office in Jackson, Mississippi, she became the first African American female admitted to the Mississippi State Bar. She also became nationally recognized as an advocate for Head Start at this time. In 1968, Edelman moved to Washington, D.C., and subsequently became counsel to the Poor People's Campaign that was organized by Dr. Martin Luther King, Jr. She founded the Washington Research Project (WRP), where she focused on lobbying Congress for child and family nutrition programs and expanding the Head Start program. In 1973, the Washington Research Project became the Children's Defense Fund (CDF), the United States' leading advocacy group for children. As president of the CDF, Edelman has worked to decrease teenage pregnancy, increase Medicaid coverage for poor children, and secure government funding for programs such as Head Start.

Edelman has served as the Director of the Center for Law and Education at Harvard University and is the first African American female to have been on the board of directors of Yale University. Edelman has written many articles and books, including the autobiographical New York Times best-seller, The Measure of Our Success: A Letter to My Children and Yours. Edelman's awards include the Albert Schweitzer Humanitarian Prize, the Heinz Award, the Ella J. Baker Prize and the Presidential Medal of Freedom, the nation's highest civilian award.

See how Marian Wright Edelman is related to other HistoryMakers
Donate Now
Click Here To Explore The Archive Today! 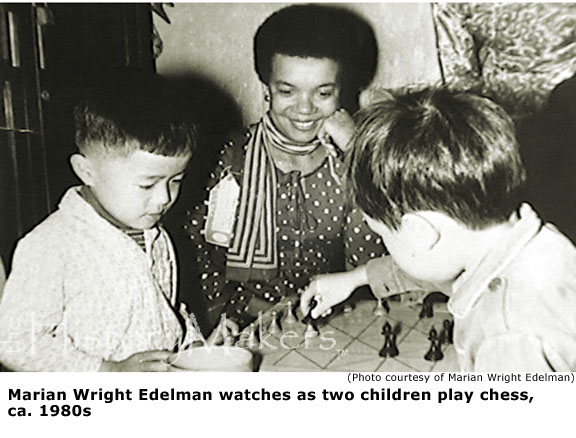 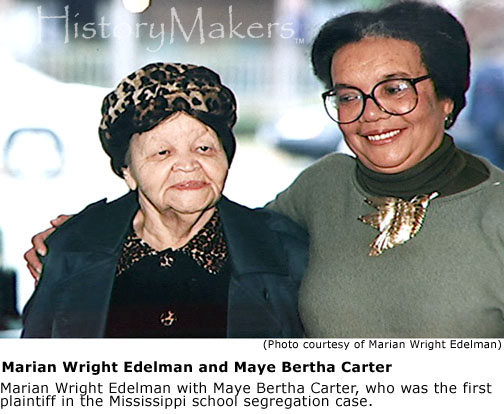