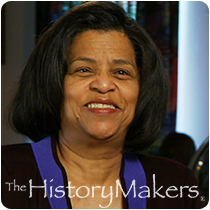 Favorite Color:
Red
Favorite Food:
All Food
Favorite Time of Year:
Spring
Favorite Vacation Spot:
Jamaica
Favorite Quote:
To whom much is given, much is required.

Favorite Color:
Red
Favorite Food:
All Food
Favorite Time of Year:
Spring
Favorite Vacation Spot:
Jamaica
Favorite Quote:
To whom much is given, much is required.

Molecular virologist, research director, and professor Marian Cecelia Johnson-Thompson was born in Boston, Massachusetts on December 9, 1946. She grew up in Rivera Beach, Florida. After graduating from high school in 1956, Johnson-Thompson enrolled at Howard University and graduated from there with her B.S. degree in microbiology in 1969 and her M.S. degree in microbiology in 1971. She went on to earn her Ph.D. in molecular virology from Georgetown University Medical School in 1978.

Upon graduation, Johnson-Thompson was hired by the University of the District of Columbia (UDC) where she became a Professor of Biology in 1995. She also served as an adjunct professor of Pharmacology at Georgetown University, and as an adjunct professor in the Department of Botany at Howard University. In addition, Johnson-Thompson held appointments as a visiting scientist at the Lawrence Livermore Radiation Laboratory, and as a molecular virologist at the National Cancer Institute. In 1992, Johnson-Thompson was appointed as the Director of Education and Biomedical Research Development for the National Institute of Environmental Health Sciences (NIEHS). While there, she developed K-12 STEM (science, technology, engineering, and mathematics) education programs as well as minority training programs. Her major initiatives include the Bridging Education, Science and Technology (BEST) Program, Advanced Research Cooperation in Environmental Health (ARCH) program. Her publications include over forty-five articles, book chapters and abstracts that focus on training, mentoring, and developing public policy to advance underrepresented groups in STEM fields. In 2004, Johnson-Thompson was named Professor Emerita of Biology and Environmental Sciences at UDC and she began serving as an adjunct professor in the School of Public Health at the University of NC-Chapel Hill.

Johnson-Thompson served as chair of the NIEHS Institutional Review Board for the protection of human subjects. At the national level, she served as a member of the National Institutes of Health (NIH) Human Subjects Research Advisory Committee and the Trans-NIH Human Microbiome Working Group. Johnson-Thomson is a life member of Delta Sigma Theta Sorority, Inc., and the International Congress of Black Women. In 1978, she was a founding member of the National Network of Minority Women in Science.

Marian Johnson-Thompson was interviewed by The HistoryMakers on May 7, 2013.

See how Marian Johnson-Thompson is related to other HistoryMakers
Donate Now
Click Here To Explore The Archive Today!