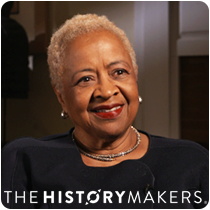 Lawyer Margaret Burnham was born on December 28, 1944 in Birmingham, Alabama to Louis and Dorothy Burnham. She received her B.A. degree in history from Tougaloo College in Tougaloo, Mississippi, and her LL.B. degree from the University of Pennsylvania Law School in 1969.

Burnham served as a staff attorney for the NAACP Legal Defense & Educational Fund, Inc., in New York City from 1969 to 1972. Burnham then joined the Roxbury Defenders in Boston and worked there from 1972 to 1974. In 1973, Burnham was admitted to practice law in Massachusetts; and, in 1974, Burnham co-founded the Boston law firm of Burnham, Stern & Shapiro. In 1977, she became the first African American female to serve in the Massachusetts judiciary when she was appointed to the Boston Municipal Court bench as an associate justice by Governor Michael Dukakis. She held this role until 1983. She was also named executive director at the National Conference of Black Lawyers in New York City. Burnham was then selected as the 1985 Bunting Institute Fellow at Radcliffe College. In 1987, Burnham established the Law Office of Margaret Burnham in Boston; and, in 1989, she joined Burnham & Hines as a founding partner while serving as a lecturer for the department of political science at the Massachusetts Institute of Technology. In 1993, South African president Nelson Mandela appointed Burnham to serve on an international human rights commission to investigate alleged human rights violations within the African National Congress. Burnham joined the Northeastern University School of Law faculty in 2002, and served as associate professor. She was promoted to professor in 2006.

She has received numerous awards throughout her career, including: the 1995 Robinson Award for Outstanding Achievement in the Profession by the Women’s Bar Association in Boston, Massachusetts; induction into the YWCA Boston Academy of Women Achievers in 1996; an honorary doctorate degree of laws from Western New England College School of Law in 2000; an honorary doctorate of education degree from Wheelock College in Boston in 2002; the Massachusetts Black Lawyers Association Trailblazer Award in 2008; the 2008 Newhouse Center for the Humanities Fellowship at Wellesley College; the 2009 International Criminal Justice Research Fellowship at Grotius Institute, University of Leiden at The Hague, Netherlands; and was a participant in the 2016 Andrew Carnegie Fellows Program.

Margaret Burnham was interviewed by The HistoryMakers on November 16, 2018.