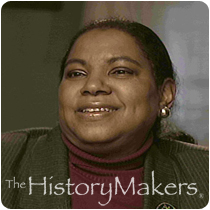 See how Marcia Cantarella is related to other HistoryMakers
Donate Now

Corporate executive and school administrator Marcia Elaine Young Cantarella was born on October 31, 1946, in Minneapolis, Minnesota to Margaret Buckner Young and late civil rights leader Whitney M. Young, Jr. Cantarella attended Bryn Mawr College and graduated with honors in 1968 after earning her B.A. degree in political science. For two years, she audited American Studies and law courses at the University of Iowa before moving to New York City in 1972.

Cantarella began working for Avon Products, Inc. in public affairs as a manager, focusing on minority and women’s affairs and issues of affirmative action. In 1973, she joined the board of directors for the Federation of Protestant Welfare Agencies and became chair of the Committee for Board and Service Volunteers. A year later, Cantarella joined the Women and Foundations Group, became a member of the Association of Black Foundation Executives and joined the nomination and health maintenance organization committee for Blue Cross Blue Shield of Greater New York. She would remain active in all four organizations until 1980.

In 1976, Cantarella was promoted by Avon Products, Inc. to Director of Public Affairs, where she would remain for four more years. During her tenure, Cantarella revamped the Avon Products Foundation in order to focus on women’s issues and moved the organization past monetary donations to focus on volunteerism. In 1980, she was again promoted by Avon, becoming Director of Special Markets, where she spent two years working with minority markets.

In 1985, Cantarella left Avon Products, Inc. and became a work and family issues consultant. Her major clients included New York University and Catalyst, Inc., an organization that works to further the roles of women in the workplace. In 1988, Cantarella was named Executive Director of the National Coalition for Women’s Enterprise, a women's self-employment and advocacy organization. In 1989, Cantarella returned to school and in 1996 earned her M.A. and Ph.D. degrees in American Studies with a concentration in American Business from New York University.

Cantarella became Director of Academic Enhancement Programs at New York University at the College of Arts and Sciences. In 1999, Cantarella was named Assistant Dean of Princeton University, where she was responsible for the Mellon Minority Undergraduate Fellowship Program. In 2002, Cantarella was named Vice President for Student Affairs at the Metropolitan College of New York and in 2005, became Acting Associate Dean for Student Opportunities at Hunter College. Cantarella continues to serve in leadership roles on not-for-profit boards and committees.

See how Marcia Cantarella is related to other HistoryMakers
Donate Now
Click Here To Explore The Archive Today!