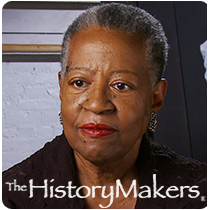 Magazine editor Marcia Ann Gillespie was born on July 10, 1944 in Rockville Centre, New York. Her father, Charles M. Gillespie, was a church sexton and ran a floor waxing business; her mother, Ethel Young Gillespie, a domestic worker who operated a catering business on the side. Gillespie and her sister, Charlene Gillespie, grew up- in Long Island, New York. She graduated from a mostly white and Jewish high school and then enrolled in Lake Forest College where she graduated with honors with her B.A. degree in American studies in 1966.

Upon graduation, Gillespie worked as a researcher at Time-Life Books, Inc. in New York City. She was hired as a managing editor at the newly-founded African American publication Essence Magazine in 1970 and was promoted to editor-in-chief in 1971. While there, she transformed Essence Magazine into one of the fastest growing women’s publications in the United States. Gillespie joined Ms. Magazine in 1980 and served in several capacities, including as a contributing writer, contributing editor, and executive editor. In 1992, she was named editor-in-chief of Ms. Magazine, making her the first African American woman to achieve that position at a mainstream publication in the United States. She went on to serve as president of Liberty Media for Women in 1996 after the company purchased Ms. Magazine from the McDonald Communications Corporation. Gillespie also served as a guest lecturer and advisor to the vice chancellor of the University of the West Indies.

Gillespie served on the board of directors of the Rod Rodgers Dance Company, the Arthur Ashe Institute of Urban Health, the Black & Jewish Women of New York, the Violence Policy Center in Washington, D.C. She also was appointed to the advisory board of the Aspen Institute, the New Federal Theater in New York City, and the Studio Museum of Harlem. Gillespie is a member of the National Council of Negro Women and the American Association of Magazine Editors.

In 1973 received the Lake Forest College Outstanding Alumni Award; and, in 1978, she received the New York Women in Communications Matrix Award in 1978. The New York Association of Black Journalists honored Gillespie with its Life Achievement Award for Print Journalism. In 1982, Gillespie was named as one of the “Top Ten Outstanding Women in Magazine Publishing” by the March of Dimes.

Marcia Ann Gillespie was interviewed by The HistoryMakers on July 14, 2013.

See how Marcia Ann Gillespie is related to other HistoryMakers
Donate Now
Click Here To Explore The Archive Today!