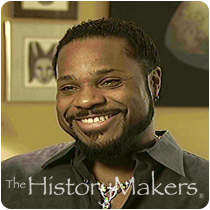 "My Word Is My Bond; Integrity Is All You Have."

Television actor and television director Malcolm-Jamal Warner was born on August 18, 1970 in Jersey City, New Jersey. Warner was raised by his mother, Pamela Warner, in California where he became interested in acting at the age of nine. He attended Angelus Mesa Elementary School in Los Angeles, California and he graduated from the Professional Children’s School in New York City in 1988.

In 1982, Warner was cast as Johnny Randolph on an episode of Matt Houston, and in 1983 he was cast as Lucas Boyd on an episode of Fame entitled Ending on a High Note. In 1984, Warner was cast as Theodore Huxtable on The Cosby Show . In addition to being nominated for a prime-time Emmy Award for best supporting actor in a comedy series, Warner also won two Young Actor Awards for his role as Theodore Huxtable. He also provided the soundtrack for the 1986 season and directed five episodes of The Cosby Show, including the reunion show. Throughout the 1980s, Warner appeared in several television series and television specials including an ABC afterschool special entitled A Desperate Exit and The Father Clements Story In 1989, he authored Theo and Me Get into The Groove. Warner continued to work in television and film during the 1990s as a producer and director. He directed music videos for the R&B group, New Edition. During 1992, he directed a documentary entitled The Truth About You and Me and AIDS. The same year, Warner starred in his own sitcom entitled Here and Now. He appeared in the HBO films The Tuskegee Airmen as well as Tyson, and the feature film Drop Zone with Wesley Snipes. Warner also produced an animated educational series entitled The Magic School Bus. From 1996 through 2000, Warner co-starred as Malcolm McGhee on the sitcom, Malcolm & Eddie. He directed over a dozen episodes and served as show supervisor in 1997.

From 2002-2006 Warner was cast in various television productions including Lyric Café, HBO’s Def Poetry Jam ,Jeremiah and Dexter. In 2007, Warner showcased his musical and spoken word talents by releasing his debut EP The Miles Long Mixtape.

Malcolm-Jamal Warner was interviewed by The HistoryMakers on April 2, 2008.