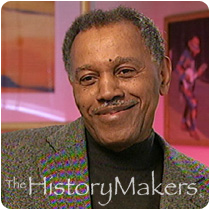 See how Malcolm Brown is related to other HistoryMakers

After working as an artist at Ohio Bell and American Greetings, Brown began his career as an arts educator and taught at the Shaker Heights High School from 1969 to 2000. Since 1980, he has been co-owner with his wife Ernestine of the Malcolm Brown Gallery in Shaker Heights, Ohio. Malcolm Brown’s work has been exhibited in numerous solo and group shows, including “The Art of Malcolm Brown” at the Butler Institute of American Art; “Something All Our Own: The Grant Hill Collection of African American Art,” a touring exhibit; and “Discretionary Accounts: The Artist Speaks,” at the National Gallery of Zimbabwe.

In 1973, Brown was elected to membership in the American Watercolor Society, the most prestigious organization for watercolorists. Founded in the 18th century, today it has approximately 500 members, with ten members being elected annually. He is also the recipient of numerous public commissions and awards, including the Board of Director’s Award from the Watercolor Art Society; participation in the Art in Embassies Program of the U.S. State Department, and the Cleveland Arts Prize “Distinguished Service to the Arts” Award. His works can be found in the collections of the Cleveland Museum of Art, the Springfield Art Museum, Coca-Cola, and Progressive Insurance, among others.

Brown is also a member of the Ohio Watercolor Society and Omega Psi Phi Fraternity, Inc.

See how Malcolm Brown is related to other HistoryMakers
Click Here To Explore The Archive Today! 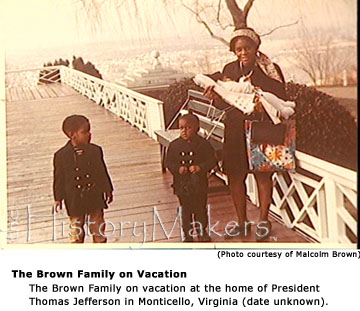 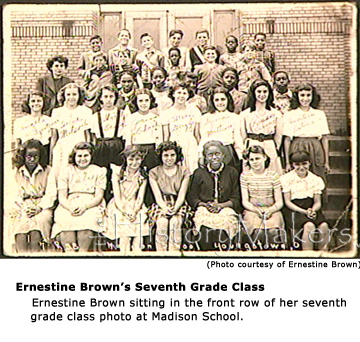