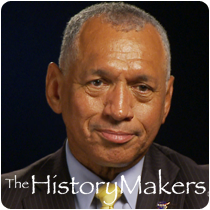 Aerospace engineer and major general (ret.) Charles F. Bolden, Jr. was born on August 19, 1946 in Columbia, South Carolina. He graduated from C.A. Johnson High School in 1964. Both of his parents, Charles and Ethel Bolden, were teachers and stressed the importance of education. Bolden received his B.S. degree in electrical science from the U.S. Naval Academy in 1968, and earned his M.S. degree in systems management from the University of Southern California in 1977. He then accepted a commission as a second lieutenant in the U.S. Marine Corps following graduation from the Naval Academy and underwent flight training at Pensacola, Florida, Meridian, Mississippi, and Kingsville, Texas.

Between June 1972 and June 1973, Bolden flew more than 100 combat missions into North Vietnam, South Vietnam, Laos, and Cambodia in the A-6A Intruder while stationed in Nam Phong, Thailand. After returning to the United States, Bolden served in a variety of positions in the Marine Corps. He was then assigned to the Naval Test Pilot School at Patuxent River, Maryland, where he completed his training in 1979. While working at the Naval Air Test Center’s Systems Engineering and Strike Aircraft Test Directorates, he tested a variety of ground attack aircraft until his selection as an astronaut candidate in 1980. Bolden’s NASA astronautical career included technical assignments. He served as pilot on the Space Shuttle Columbia in 1986. In the wake of the Challenger disaster, he was assigned as the chief of the Safety Division. In 1990, he piloted the Space Shuttle Discovery during its mission to deploy the Hubble Space Telescope. Bolden served as the Mission Commander for Space Shuttle Atlantis in 1992 and the Space Shuttle Discovery in 1994. He logged more than 680 hours during these four flights. Bolden left NASA and returned to the U.S. Marine Corps in 1997, and was assigned as the Deputy Commandment of Midshipmen at the Naval Academy. During Operation Desert Thunder-Kuwait in 1998, he was assigned as the Commanding General of the Marine Expeditionary Force. He was promoted to Major General in 1998. In 2003, Bolden retired from the Marine Corps and served as president of the American PureTex Water Corporation. In 2009, President Barack Obama appointed Bolden as the top NASA administrator, making him the second astronaut and the first African American to serve in this position.

Bolden’s military decorations include the Defense Superior Service Medal and the Distinguished Flying Cross. NASA awarded him the Exceptional Service Award in 1988, 1989, and 1991. In May of 2006, he was inducted into the U.S. Astronaut Hall of Fame.

Bolden and his wife, Alexis Walker, live in Alexandria, Virginia. They have two children: U.S. Marine Corps Lt. Col. Anthony Bolden, and Michelle Bolden, M.D.
Charles Bolden was interviewed by The HistoryMakers on August 28, 2012 and February 3, 2017/