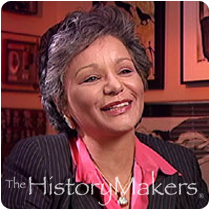 Collector, dealer and lover of art Madeline Murphy Rabb was born in Wilmington, Delaware, on January 27, 1945. The second of five children, Rabb is the daughter of a television personality and a judge. After completing high school, Rabb attended the University of Maryland in 1961. Leaving there in 1963, she went to the Maryland Institute College of Art, earning a B.F.A. in 1966. After moving to Chicago, she attended the Illinois Institute of Technology, earning an M.S. in 1975.

Upon completing her bachelor's degree, Rabb moved to Chicago and took a position with Tuesday Publications as assistant director of art and production. After taking several years off to devote herself to her family and various civic activities, Rabb became the vice president and business manager of Myra Everett Designs in 1977. From there, she went on to Corporate Concierge as an account executive in 1978, and in 1979 she opened Madeline Murphy Rabb Studio, where she created and sold original works. In 1983, Rabb was hired by the city of Chicago to serve as its executive director of fine arts, a position she held for seven years, during which time she heightened the organization's national visibility. After working as a freelance art consultant for a few years, Rabb once again opened her own business, Murphy Rabb, Inc. (MRI), in 1992, where she remains as president. MRI serves corporate, governmental and private clients, helping them conceptualize and build important art collections. Recently, MRI implemented the art program for the John Stroger, Jr. Hospital of Cook County.

Rabb has also traveled the country lecturing, serving on panels and participating in workshops on a wide variety of issues. She is the curator of African American art collections at Ariel Capital Management and Brown Capital Management, and she has served on the Illinois Arts Council, the Folk Art Advisory Committee of the Field Museum of Natural American History, and the Woman's Board of the Museum of Contemporary Art. She has testified before congressional panels on the National Endowment for the Arts and has had her original works published in several books. Rabb has also made several television appearances, including on the Oprah Winfrey Show. Her husband, Dr. Maurice Rabb, passed away in 2005. They have two children.

See how Madeline Murphy Rabb is related to other HistoryMakers
Donate Now
Click Here To Explore The Archive Today!