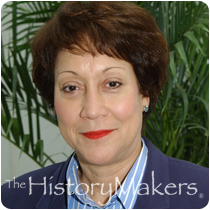 After law school, Huntley clerked for Judge Constance Baker Motley in the United States District Court for the Southern District of New York. Joining the NAACP Legal Defense and Educational Fund in 1971, Huntley served as staff attorney and participated in the defense of prisoners involved in the Attica Prison uprising. Huntley also helped write the winning brief in Furman v. Georgia, in which the U.S. Supreme Court declared the death penalty to be cruel and unusual punishment within the meaning of the eighth and fourteenth amendments to the U.S. Constitution. Huntley later secured executive clemency for noted human and prisoner rights activist Martin Sostre.

From 1973 to 1975, Huntley served as general counsel to the New York State Commission on Human Rights. In l978, Huntley joined the United States Department of Justice Civil Rights Division where she served as Section Chief and acting Deputy Assistant Attorney General. From 1982 to 1995, Huntley worked at the Ford Foundation as Program Officer, and Deputy and Director of the Rights and Social Justice Program; the Program had a core biennial budget of $44 million which funded efforts related to minority rights and opportunities; legal services for the poor; women’s rights, both domestic and international; minorities and communications; and Black church secular service delivery efforts.

In 1995, Huntley joined the Southern Education Foundation in Atlanta, Georgia, to direct the Comparative Human Relations Initiative; a study of race, poverty and inequality in Brazil, South Africa, and the United States. Huntley became the president of the Southern Education Foundation in 2002, the South’s only African American lead and directed public charity, which focused on improving education for low income students, from preschool through higher education.

Huntley serves as a board member of the American Constitution Society, CARE USA, Grantmakers for Education, the Georgia Student Finance Commission, and the Interdenominational Theological Seminary. Huntley is the recipient of the first Thurgood Marshall Award from the Association of the Board of New York, and the Lucy Terry Prince Award of the Lawyer’s Committee for Civil Rights, among other honors. Huntley co-edited with Charles V. Hamilton and others Beyond Racism: Embracing an Interdependent Future in 2000, and Beyond Racism: Race and Equality in Brazil, South Africa and the United States in 2001.

See how Lynn Jones Huntley is related to other HistoryMakers
Donate Now
Click Here To Explore The Archive Today!