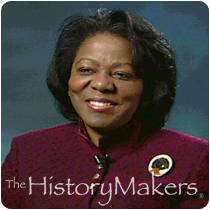 See how Lula Ford is related to other HistoryMakers

Illinois Commerce Commissioner Lula Mae Ford was born on March 11, 1944 to a family of nine in Pine Bluff, Arkansas. Ford’s father was a World War II veteran that worked most of his life in the Pine Bluff Arsenal, and her mother was a homemaker who also instilled in Ford, as a child, the importance of education. After attending Coleman High School in Pine Bluff, Ford went on to graduate from the University of Arkansas at Pine Bluff in 1965. She then relocated to Chicago, Illinois where she pursued her M.A. degree in urban studies at Northeastern University and later earned her M.A. degree in science, career education and vocational guidance from the University of Illinois at Champaign-Urbana.

In 1965, Ford began her teaching career at Horner Elementary School. She served in that capacity until 1975 when she became a counselor for at-risk students. Then in 1976, Ford was hired as the mathematics coordinator at McCorkle Elementary School. She resigned from that position in 1979 to become a liaison for parents and the principal selection committee as the ESEA Reading Teacher and Coordinator. Later in 1984, while serving as a math teacher for John Hope Academy, Ford became the coordinator for the Effective Schools Campaign, organizing GED programs and the school’s black history programs. Ford went on to become the principal for Beethoven Elementary School and was awarded the principal of excellence award for her performance in 1992, 1993 and 1994. She also provided administrative leadership when she fulfilled the position of assistant superintendent of Chicago Public Schools in 1994. Afterwards, from 1995 until 1996, Ford served as the chief instruction officer, advising teachers and faculty on the best teaching practices.

Ford has received many awards and recognitions for her achievements in the field of education including: the Walter H. Dyett Middle School Women in History Award, the Kathy Osterman Award, the Distinguished Alumni Award from Arkansas, Pine Bluff and the Distinguished Alumni Award from Northeastern Illinois University. Ford was hired as the assistant director of central management services for the State of Illinois from 1999 until 2003. In 2003, Ford was appointed to the Illinois Commerce Commission and was reappointed to the same office in 2008.

Ford is an active member of many civic organizations including Delta Sigma Theta Sorority, Inc., the Lakeshore Chapter (IL) of The Links, Incorporated, and the board of the Trinity Higher Education Corporation.

Ford lives in Illinois and is the proud mother of one adult daughter, Charisse Ford.

Ford was interviewed by The HistoryMakers on February 21, 2008.

See how Lula Ford is related to other HistoryMakers
Click Here To Explore The Archive Today!