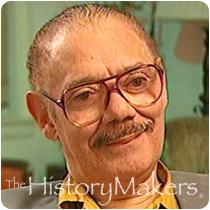 See how Lucky Cordell is related to other HistoryMakers
Donate Now

Disc jockey Moses “Lucky” Cordell, affectionately known as “The Baron of Bounce,” was born in Grenada, Mississippi, on July 28, 1928, to Grace and Moses Cordell. At age three, his mother died unexpectedly and his family moved to Chicago. Cordell attended Chicago Public Schools and graduated from Dunbar Technical High School in 1946. Shortly after graduation, Cordell joined the U.S. Army, serving in the Special Services Branch. While in the military, Cordell developed his theatrical ability. He received an honorable discharge in 1948. He was hired at WGES as a disk jockey in 1952 to work under Al Benson.

While working at WGRY in Gary, Indiana, Cordell hosted the popular show House of Hits. The show was well known for its audience participation and became a community favorite among African Americans in Gary. In 1956, local newspapers held an election for the “Honorary Mayor of the Negro Community” and Cordell won unanimously (beating four other radio personalities, religious leaders and political leaders). He held this honor for four years, until he decided not to run in 1960.

Cordell worked at several other radio stations in the Chicago area before taking a position as a disc jockey at WVON in Chicago. WVON, owned and operated by Chess Records, would become one of the most influential radio stations in United States history. Cordell became WVON’s program and music director in 1965, and in 1968 he was promoted to assistant general manager. After a change in station ownership in late 1970, Cordell became general manager. Under his leadership, the station increased its ratings and almost doubled the income received from advertising.

In the late 1960s, Cordell joined the Chicago Urban League. After retiring from the radio business, Cordell remained an active member of Chicago’s African American community.

See how Lucky Cordell is related to other HistoryMakers
Donate Now
Click Here To Explore The Archive Today! 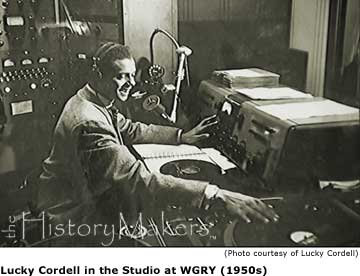 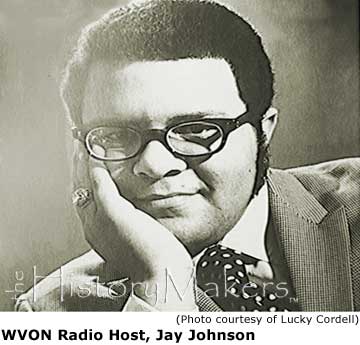